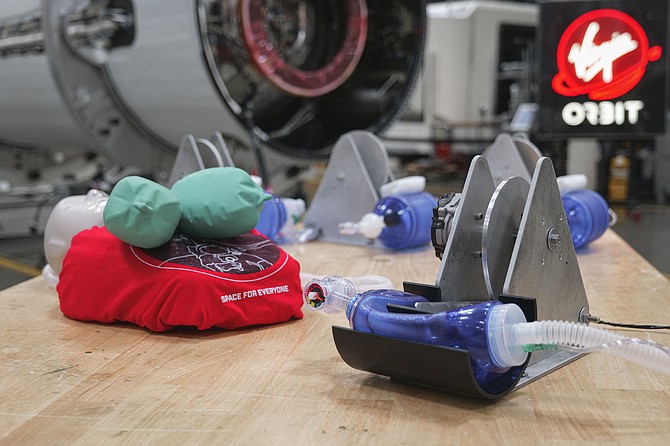 Virgin Orbit said it has developed a “bridge ventilator,” a medical device that can be mass produced and is different from the costlier ventilators used in intensive care units.

“Our ventilator serves as a bridge spanning the gap between patients suffering from respiratory failure and the complex medical equipment they need,” Virgin Orbit spokesman Kendall Russell said in an email.

Virgin Orbit said it is waiting for approval from the Food and Drug Administration to start production of the ventilators.

“It’s still too early for us to define the cost, but we anticipate it will be at least an order of magnitude cheaper than existing ventilators common in ICUs,” Russell wrote.

Virgin Orbit’s bridge ventilators can free up critical resources for the most ill, according to the company.

The company said it has been consulting with the Bridge Ventilator Consortium as it designs the device. Established in early March, the BVC is a group of doctors, engineers and scientists from the University of California, Irvine, and the University of Texas at Austin.

“Virgin Orbit would continue on to rapidly scale up to mass production in its Long Beach facility, in addition to potentially activating other manufacturers as soon as the new device is reproducible and production-ready,” the company said in the statement.