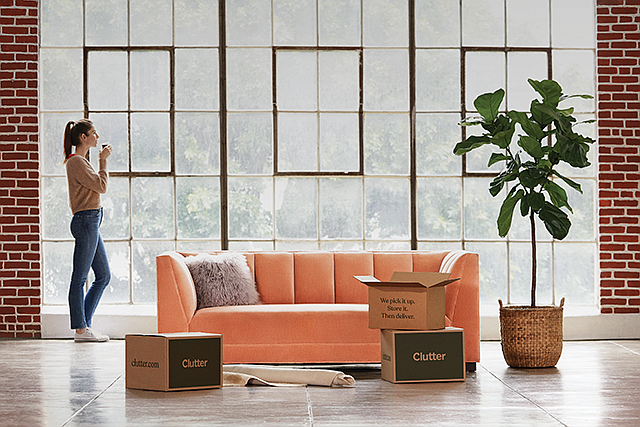 The acquisition marks the first foray for Culver City-based Clutter into real estate holdings. The company launched in 2015 with a model that allowed users to schedule pickup and drop off of items for storage via its website and mobile app.

Storage Fox’s four self-storage properties are located throughout the New York metropolitan area. Clutter was already available in New York and 12 other metro areas nationwide but did not offer self-storage options.

Existing Storage Fox facilities will be rebranded under the Clutter name and be fully operational by November, Clutter said.

“This hybrid strategy of self-storage and on-demand storage has been our vision from the beginning and represents an exciting milestone in our long-term strategic plan to create a platform for people to manage their belongings,” Clutter Chief Executive Ari Mir said in a statement.

That round brought Clutter's total raise to $310 million and increased the company's valuation to $600 million, according to industry tracker PitchBook Data Inc. Clutter reports it employs more than 1,000 people nationwide.

Barclays’ West Coast Real Estate Finance division acted as Clutter’s adviser on the Storage Fox deal. “Clutter competed with multiple self-storage (real estate investment trusts) throughout the bidding process to win the deal, a testament to the strength of the company’s management team and its ability to execute on an innovative business model,” Eliav Dan, West Coast head of Real Estate Finance at Barclays Investment Bank, said in a statement.