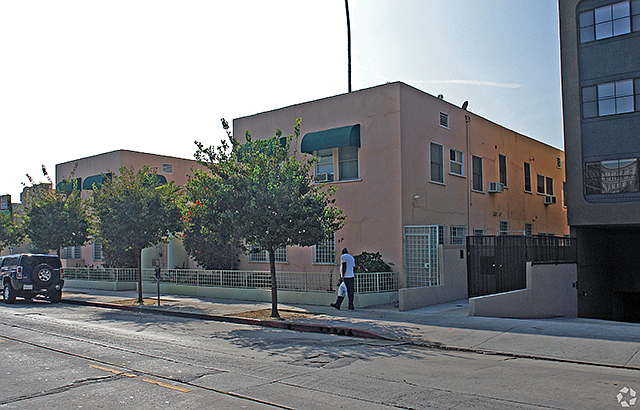 Hotel development shows no signs of slowing, especially in Hollywood.

Investor Nathan Korman has filed plans with the city for a seven-story hotel at 1723 N. Wilcox Ave. in Hollywood. The proposal calls for an 81-room hotel with two levels of parking and a roughly 1,900-square-foot rooftop restaurant.

Korman requested a conditional use permit that would allow for the hotel project in a residential zone.

Last year, Korman filed plans for a seven-story, 68-unit apartment building with retail at the site.

Korman’s project isn’t the only hotel planned for the area. Whitley Apartments has plans for a 10-story hotel with 156 guest rooms at 1719 Whitley Ave., which is currently home to 40 residential units.

Developer and restaurateur Adolfo Suaya has proposed a seven-story hotel with 133 guest rooms at 1715 to 1721 N. Wilcox Ave. The hotel would replace a parking lot.

One of the major companies developing hotels in Hollywood is Relevant Group. Earlier this year, the developer received a $63 million construction loan from Calmwater Capital for the 190-room Thompson Hotel at 1541 Wilcox Ave. It is also working on the 212-room Tommie Hotel at 6516 Selma Ave., which is expected to open in 2020.

Investors and developers are “looking at what revenues and profits existing hotels are obtaining and what prices those assets are going for,” said Alan Reay, president of Atlas Hospitality Group. “It looks very appealing and attractive to add new hotels to the market.”

It's not just Hollywood that is seeing high demand for hotels. At the end of 2018, there were 45 hotels under construction in L.A. County, according to data from Atlas Hospitality Group. By the end of 2019, Atlas expects 3,000 new rooms to open in Los Angeles.

The Hollywood submarket, a huge national and international tourist destination, is second to only downtown for new development, Reay said.

Reay added that he expects to see interest in the Hollywood market continue for years to come, driven by high revenue per room, high occupancy rates and appeal to tourists.