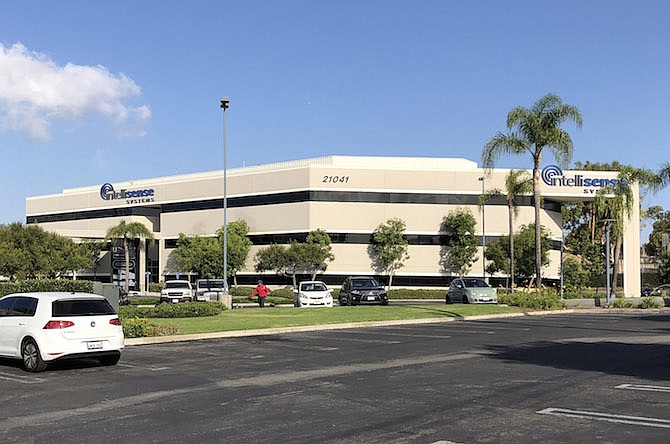 Intellisense Systems Inc. has signed a lease for a 49,000-square-foot office headquarters in Torrance.

During the third quarter, the average asking rate for Class A office space in Torrance was $3.24 a square foot, according to Jones Lang LaSalle Inc. That would put the value of the lease at roughly $21 million.

The company is expected to move into the space in March 2020. Its current building is at 20600 Gramercy Pl. in Torrance, which Intellisense Systems will continue to occupy.

“The client’s current flex building, which is also in Torrance, has been hampering the company’s growth, as the floors are small and inefficient, and the ratio of parking to square footage tends to be low with this building type,” Simpson said in a statement. “We worked to provide a low cost, highly efficient solution for Intellisense, choosing a mid-rise, class A office building.”

The new space will have labs, offices, conference rooms and work stations.