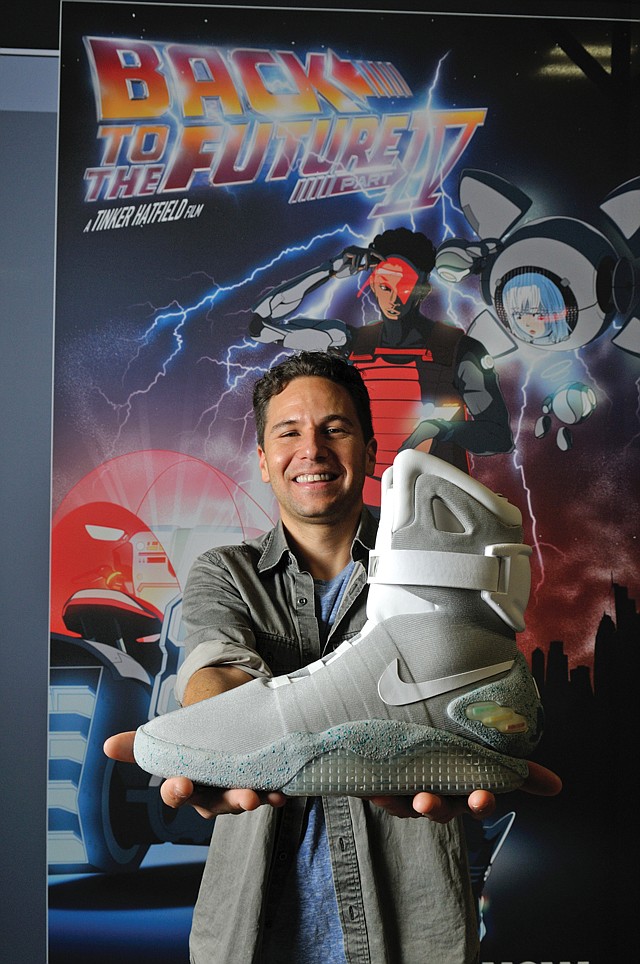 With a pair of $25,000 original Air Jordan sneakers made by Nike designer Tinker Hatfield and a Lakers-inspired exhibit of recycled sneakers by pop artist Ron Bass, curator Justin Fredericks says Sneakertopia isn’t just the latest Instagram-able pop-up to arrive in Los Angeles. Although it is that, too.

“We are really celebrating sneaker culture,” Fredericks said of the exhibit, which opened Oct. 25 in the mall formerly called the Westchester Promenade at Howard Hughes Center.

Created by Steve Harris, a former rap video-maker and television executive, Sneakertopia features a faux basketball court with a mural of Michael Jordan and pieces from more than a dozen artists.

The shopping plaza hosting the exhibit recently got a $30 million overhaul and rebrand. It’s now called HHLA and includes a 15,000-square-foot event space where the exhibit will be held.

HHLA executives are hoping that retailtainment like Sneakertopia, which appeals to the rabid sneakerhead fan base, will draw thousands to the revamped space. It’s another example of different ways developers and retailers are looking to lure shoppers at a time when mall traffic is declining.

“Sneakertopia is about the sneaker, which, as we know, a lot of people in Los Angeles love,” she said. “It’s become its own culture within itself.”

And that is likely to bring brisk business. Museum operators expect Sneakertopia to draw about 1,000 people a day.

Although there’s no end date yet to the exhibit, Schurgin said she hopes the development will host more events like this. The company ensured there was a large event space to keep the retailtainment — and the customers — coming.

“The industry as a whole is strategically investing — whether its event space or flex space — it’s space that can work to bring in the latest idea that property owner thinks is relevant to that property,” she said.