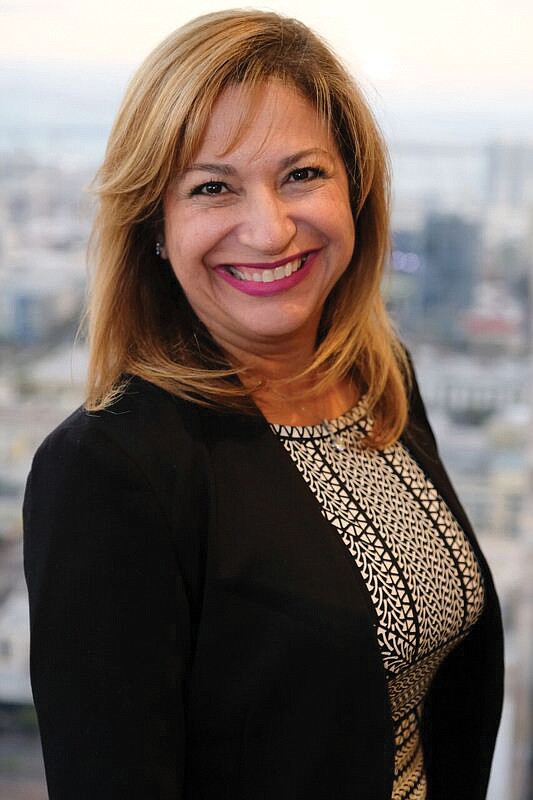 After eight years and a resoundingly successful corporate turnaround, Betty Uribe has stepped down as executive vice president of California Bank & Trust.

Uribe — a member of the Business Journal’s LA500 as one of the most influential people in the Los Angeles business community — plans to focus on her burgeoning Dr. Betty brand, which spans speaking engagements, consulting and philanthropic work.

“I have always talked about dreaming big, thinking big and making an impact in the world,” Uribe said. “Three years ago, when I saw the impact that my book and speaking engagements were having, I knew I was going to be leaving the company someday. (Earlier this year) I realized it was time. But I will always be a champion of California Bank & Trust.”

In addition to her extensive banking career, Uribe is a longtime entrepreneur, coach and award-winning author. She holds a doctorate from Pepperdine University in organizational leadership.

The unit increased its year-over-year pretax profit growth from 3% to more than 37% in four years under Uribe, and California Bank and Trust was voted best bank in Orange County six years in a row.

“While we were sad to see Betty leave, we are happy to see her following her business passions,” said Eric Ellingsen, president and chief operating officer at CB&T, which has more than $10 billion in assets.

“We are all very appreciative of the significant contributions Betty made in her role as the Greater Southern California Division Manager since joining CB&T in 2011, and she is already missed,” Ellingsen added. “Her strong dedication to our communities through her nonprofit board service and many organizational affiliations has helped to promote CB&T in the marketplace as a company that values its employees, its customers and communities.”

Uribe’s value-driven leadership has won her international acclaim as both a shrewd corporate strategist and a leading voice in female and minority empowerment. Just six months after arriving at CB&T, Uribe set aside $500 million for lending to women- and minority-owned businesses.

The turnaround expert credits her strategic success to a focus on values above all else.

“I assess an organization — I have it down to a science — and I align that company around its core values,” Uribe said. “Everything I do is based on those core values.”

Her best-selling book, “#Values: The Secret to Top-Level Performance in Business & Life,” has been endorsed by leaders at the U.S. Federal Reserve and the Vatican. Monsignor Giacomo Pappalardo called it “a book every reader in the world must read,” according to her website.

Values were also key to Uribe’s own story — a riches to rags to riches again journey that saw a young Colombian girl from a wealthy family become a poor immigrant in the United States before rising to the C-suites of corporate America.

Uribe was born in Bogota, Colombia, to a local transportation magnate. But her wealthy family had a dark secret: Her father was a violent alcoholic who regularly beat her mother.

“One night he almost killed her,” Uribe recalled. “She grabbed us kids and said, ‘I’m leaving for the U.S. tomorrow. You choose what you want to do. You can come with me and be poor but have peace. Or you can stay here with your father.’ I chose to come with her.”

Uribe said this value-based decision — choosing peace and safety over wealth and status — was the first of many that would drive her future business and personal life.

At 12 years old, she became caretaker to her 6-year-old brother while their mother stitched jeans in a factory for 25 cents per pair. Over the next decade, Uribe cleaned, babysat and did everything she could to help support her family.

Years later, Uribe’s father would apologize to Uribe, her mother and the rest of the family after undergoing treatment. Uribe and her father would remain close for the remainder of his life.

She graduated from San Diego State University in 1988 with a degree in psychology and a minor in business. After graduation, she landed a job as a personal banker at Wells Fargo & Co.

Over the next two decades, she would steadily move up the ranks in the company in a variety of executive positions. She undertook her first turnaround project for the bank in the early 1990s.

In 2007, Uribe left Wells Fargo for a vice president position with Dallas-based Comerica Bank where she led a successful turnaround for the company’s divisions in California and Arizona. Four years later, Uribe joined California Bank & Trust, where she served as executive vice president for eight years until stepping down this month.

After a career filled with successful turnarounds at some of the world’s leading financial institutions, Uribe will focus full time on promoting and sharing the values that have shaped her life.

Uribe said she will soon sign with a Beverly Hills talent agency for representation to ramp up her speaking engagements and connections with companies. She will also continue her support for youth education by providing scholarships to underprivileged communities around the world.

“I’m going to Kenya in January,” she said. “There’s a school with my name on it that I’ve been donating to for eight years.”

Uribe says her goal is to provide 100 full university scholarships for underserved children on each continent by the time she is 80 years old.

When she is not working, the mother of three spends time with family. Despite her myriad accomplishments, Uribe says she doesn’t intend to slow down any time soon.

“I feel like I’ve been a fighter since birth,” she said. “I have a purpose, and I’m not going to waste that purpose.”