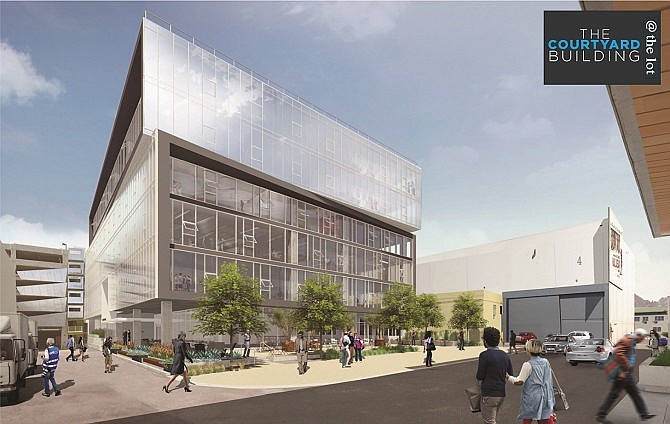 The Courtyard at The Lot

Ticketmaster is coming to West Hollywood.

The company has leased all 97,742 square feet at CIM Group’s Courtyard at the Lot, a project under construction in West Hollywood.

The building, at 1041 N. Formosa Ave., is expected to be completed in February. The Lot is a full-service TV, film and commercial production studio, and it's home to the Oprah Winfrey Network. It has seven soundstages, a post-production facility, offices and a restaurant.

Long Beach-based Studio One Eleven is designing the project.

West Hollywood is one of the tightest office markets in the county. The vacancy rate in the third quarter was a mere 7%, according to data from JLL. The average asking rate for Class A office space during the quarter was $5.25 a square foot, which would put the value of the Ticketmaster lease at more than $6 million a year.

In 2010, Ticketmaster merged with Live Nation to form Live Nation Entertainment. In January, news broke that Live Nation signed a lease for 95,217 square feet at The Post in Beverly Hills. The site, at 325 N. Maple Dr., is being developed by the Worthe Real Estate Group. The site was formerly a U.S. Postal Service building.

Live Nation and CIM Group did not immediately return requests for comment.