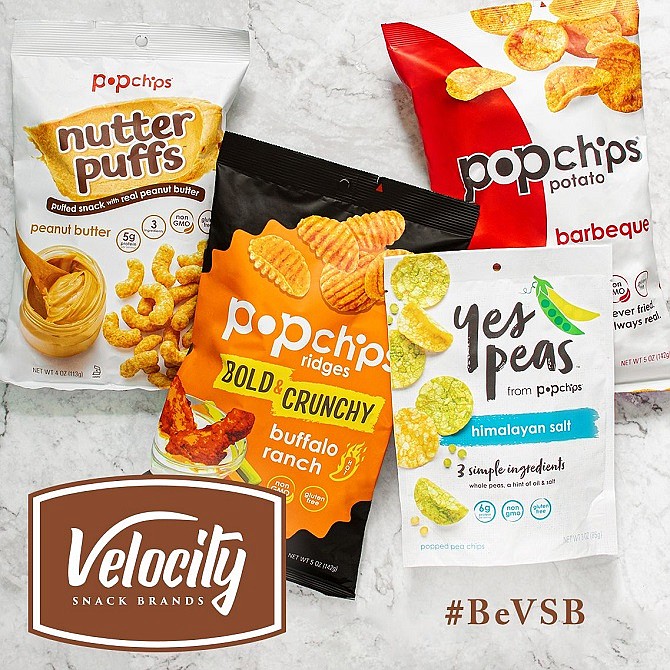 Popchips was acquired by VMG Partners.

The ubiquitous Popchips brand, once a breakout health food snack, will be the face of a new Playa Vista-based snack food venture from private equity outfit VMG Partners.

San Francisco-based VMG, which stands for Velocity Made Good, announced the acquisition of Popchips Inc. on Oct. 9 from Brussels-based investment group Verlinvest, a majority shareholder of the company. Terms of the deal were not disclosed.

VMG’s Velocity Snack Brands unit will be based at Popchips’ Playa Vista headquarters and hopes to capitalize on the region’s health-conscious tastes and distributors’ local focus. Production of the low-calorie snacks will remain at Popchips’ Rancho Dominguez facility, a former rice cake plant.

Popchips had $49.8 million in sales for the year ending Aug. 11 and has about 100 employees. The brand launched in 2007 and took off within a few years as sales skyrocketed, attracting private equity investors. The brand also enjoyed early support from celebrities like Katy Perry, Bruno Mars and Ashton Kutcher, an investor who stirred controversy after appearing in brownface playing a Bollywood producer for a Popchips ad.

Pandhi said he believes the brand can grow by expanding other offerings, such as Nutter Puffs, a peanut butter-flavored “popped” chip.

VSB will be looking to acquire other snack food and nutrition bar brands.

VMG is the third private equity firm that has acquired Popchips.

Earlier this year, VMG sold El Segundo-based Quest Nutrition for $1 billion to Simply Good Foods Co., owner of the Atkins nutrition brand. The firm, which largely focuses on consumer food, health and personal care, has made investments in the Spindrift, Justin’s and Babyganics brands.

Healthy food brands have flocked to L.A. County over the last decade. The founder of Beyond Meat Inc. — maker of a plant-based meat substitute that became a smash hit on Wall Street earlier this year — brought his idea here in 2012 to tap into the large market of vegetarians and environmentally conscious consumers. And Sweetgreen Inc., a salad lunch spot aimed at millennial office workers opened its headquarters in Culver City three years ago to a fuel a western expansion.