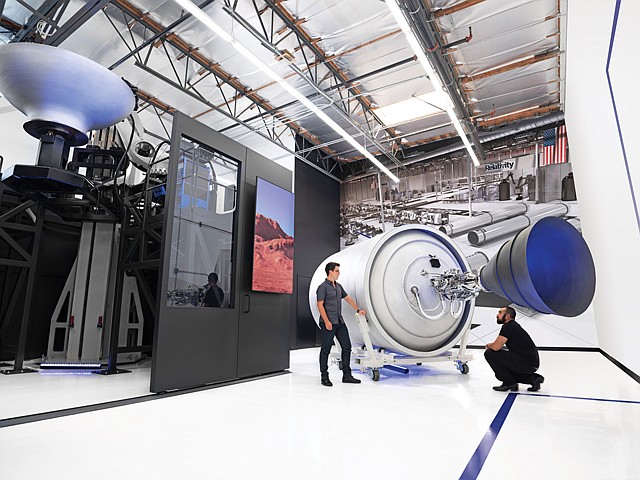 Final Frontier: Relativity will use its latest funding round to advance its 3D-printing technology and build out its test and launch sites.

Inglewood-based Relativity will use the funds to advance its 3D-printing technology and develop its test site in Jackson, Miss., and rocket launch facility in Cape Canaveral, Fla.

The company — which has raised $185 million since its founding in 2015 — completed a $35 million Series B round in March, Chief Technology Officer Jordan Noone said.

“We really have two products we’re making — the Terran-1 rocket but also the factory,” Noone said. “There’s a huge amount of effort internally to develop these printers, and that’s a set of technology no other rocket company in the world can demonstrate having.”

Noone added that Relativity is looking to market its aerospace-focused 3D-printing technology to other manufacturing sectors.

“As a company, we’ve always had a clear path towards scalability, and there’s a value there that compounds,” Noone said. “If you have this flexible factory that can print rockets, what else can you push down that same exact assembly line?”

based telecommunications outfit Telesat and Seattle-based Spaceflight Industries Inc., which inked launch agreements in April and May, respectively.

Relativity is targeting February 2021 for its first launch with the 3D-printed Terran-1 ship. Noone said the first flight will “line up rocket readiness with payload readiness” and not carry a paying customer.

The launch will take place at the Air Force’s Cape Canaveral Launch Complex 16, which Relativity secured in January through a 20-year exclusive-use lease.

“By optimizing manufacturing for speed, Relativity will increase the frequency of launches in service of growing commercial and consumer needs in space,” Tribe Capital General Partner Arjun Sethi said in a statement.