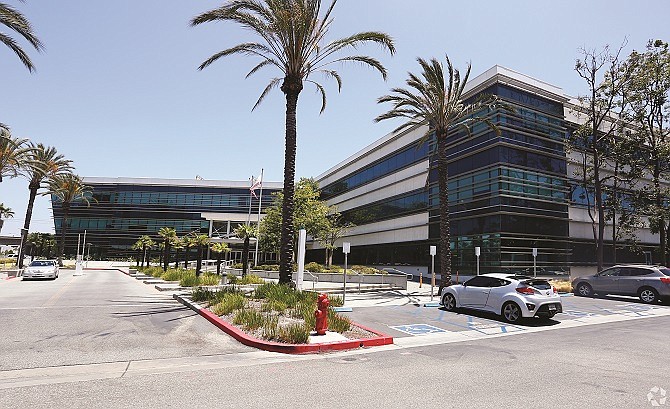 Stumm said in a statement that SteelWave could reposition the property, at 2160 Grand Ave., into a creative office campus. The building was built in 1999 on 6.45 acres.

In other deals, Brentwood-based GPI Cos. announced Nov. 26 that it closed on $55.3 million in financing for a 200,000-square-foot building in El Segundo.

Built in the 1940s as an aircraft fabrication manufacturing facility, the building is now leased by the research and design arm of Mattel Inc.

GPI Cos. has had a busy year. Earlier this month, the company closed on $120 million in construction financing for West End. The $180 million redevelopment project will convert the former Macy’s store at the Westside Pavilion into 230,000 square feet of creative office space.

In August, the company announced a $300 million equity commitment from one of the nation’s largest pension systems. In July, it sold the retail portion of the Burbank Collection for $27 million.

El Segundo buildings have been in high demand. Many of the recent sales in the area have been former aerospace buildings.

TA Realty purchased a building at 101 Continental Blvd. from Vereit Inc. for $138.5 million after Northrop Grumman Corp. announced plans to leave; Northrop Grumman sold a complex in El Segundo to Hackman Capital Partners, which is overhauling the property and turning it into creative office space; and Raytheon Co. has listed 30 acres on its El Segundo campus, mainly unused parking lots.