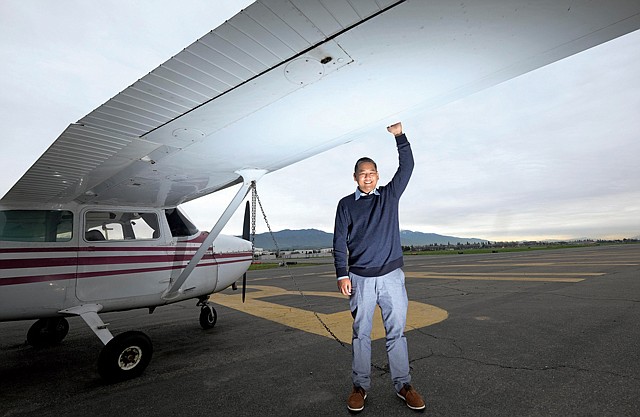 The company plans to roll out full service in January.

The startup has agreements to use 40 general aviation airports throughout Southern California, including Brackett Field in La Verne, Palm Springs Airport, Van Nuys Airport and Zamperini Field in Torrance.

Float, which stands for Fly Over All Traffic, is targeting the “super-commuter” market: Southern California commuters who travel more than 50 miles or 90 minutes one way.

The startup is selling monthly subscription packages ranging from $1,200 and $2,000 for 20 same-day round-trip flights per month.

“Float is shattering the myth that sitting in hours of traffic every day is a necessary and unavoidable way of life in Southern California,” Guiang said in a recent announcement of Float’s air shuttle launch.

But in February, Southern Express Airways bought Mokulele and inherited the partnership. McKinney, who remains on Float’s board, is now president of Pacific operations for Southern Airways Express.

“Urban air mobility is a game-changer for commuters, getting people out of the bumper-to-bumper congestion and saving them hours a day with on-time flights,” Stan Little, chief executive of Southern Airways Express, said in the partnership announcement.

Health care, biomed, energy, engineering/construction and infrastructure reporter Howard Fine can be reached at hfine@labusinessjournal.com. Follow him on Twitter @howardafine.