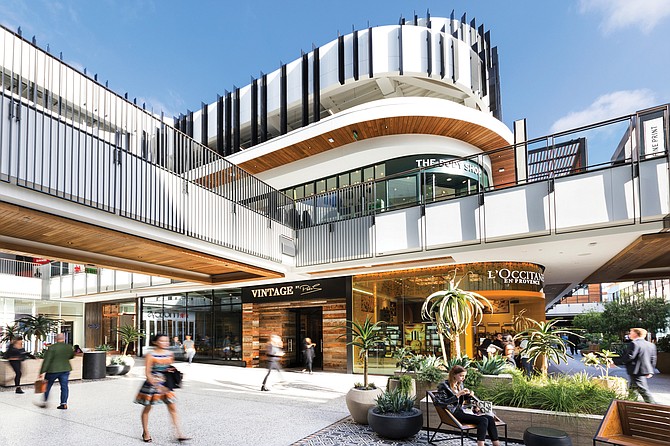 There will be spiked hot cocoa with Santa Claus and an ice rink at the Westfield Century City mall.

And JiffPom, the Pomeranian with 9 million Instagram followers, is making a special appearance at the Beverly Center for Paws and Prints shots.

Malls across Los Angeles County are going all out this holiday season, offering a mix of celebrities, cocktails and parties in a bid to lure back shoppers who have abandoned brick-and-mortar stores in favor of online shopping.

“Holidays are a time to really move the needle,” said Najla Kayyem, an executive at El Segundo-based Pacific Retail Capital Partners, which took over management in January of the Shops at Montebello, a mid-tier mall in the San Gabriel Valley.

The company has already added “Wellness Wednesdays” and “Music Mondays” at the shopping center. For the holidays, Pacific Retail is using about a quarter of the mall’s annual marketing budget to provide nightly entertainment and gift wrapping. In all, the company anticipates about 2.5 million visits to the mall.

About 30% of all retail sales each year happen during the holidays. But because of a late Thanksgiving, the 2019 season has six fewer days than last year.

The National Retail Federation expects sales to jump 3.8% to 4.2% this holiday season to between $727.9 billion and $730.7 billion. Much of the rise will come from online and nonstore sales — which are expected to climb 11% to 14%.

“The mall in general is becoming a less relevant format for most consumers,” said Vince Tibone, a retail analyst at Green Street Advisors, which uses a proprietary grading system to rank malls based on sales, location, appearance and other metrics. “For the retailers that are close to bankruptcy, whether you have a good or bad holiday season will determine whether you get another year or not.”

Mid- and lower-tier malls, like the Shops at Montebello and the Westminster Mall, could suffer more than high-end destinations. Tibone said these struggling properties are often unable to even secure traditional mortgages to reinvest in making the mall more attractive.

L.A. County’s top malls, however, continue to pull in sales. Many, like Westfield Century City, have undergone massive upgrades that keep the mall interesting. Others, like the Beverly Center, have a niche format that caters to a high-end market.

Susan Vance, marketing director at the Beverly Center, said this will be the first holiday season for the mall since its $500 million upgrade. It’s planning to bring in 50 top social media influencers to kick things off.

“We are putting on a beautiful dinner in the grand courtyard that’s private for them,” she said, noting that it has become somewhat of a hot-ticket event.

The Shops at Montebello