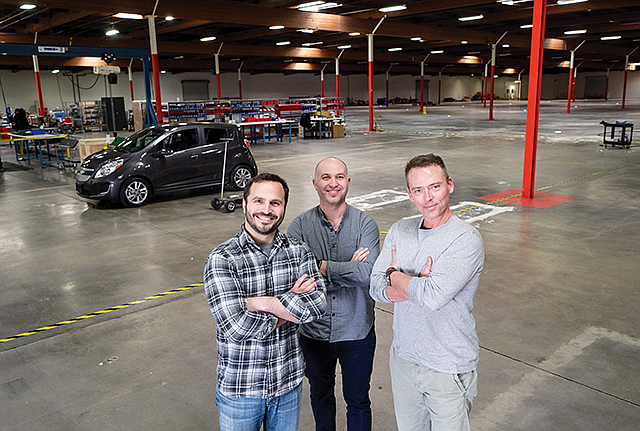 Electric-vehicle battery-maker Romeo Systems Inc., also known as Romeo Power Technology, raised $88.5 million in a new round of funding, according to a May 20 filing with the Securities and Exchange Commission.

According to the filing, Romeo raised the funds from 31 investors.

The filing didn’t name any of those investors, but it came just a few weeks after Michigan-based automotive supplier BorgWarner Inc. announced it was taking a 20% equity stake in Romeo Power Technology. Financial details of that transaction were not disclosed.

As part of the deal, BorgWarner formed a new joint venture with Romeo in which it took a 60% stake. It will also fill two seats on Romeo’s board.

The 3-year-old Romeo, which is headed by Michael Patterson, uses lithium-ion technology to boost the energy efficiency of its battery packs and liquid coolant to keep them from overheating. It also developed thermal engineering that increases charging efficiency.

The partnership appears to vastly expand Romeo’s customer base. BorgWarner did more than $10 billion in auto parts sales last year.

A BorgWarner spokeswoman estimates 4% to 5% of all vehicles sold last year in the United States were electric. And the automotive supplier has been building up its electric vehicle products line as market demand for the less polluting cars grow globally.

Earlier this year, BorgWarner created an electric vehicle and hybrid design operation for specialty cars called Cascadia Motion, which is based in Oregon. The move followed BorgWarner’s $15 million acquisition of two other companies in the electric and hybrid propulsion market — Rinehart Motion Systems and AM Racing.

In the meantime, Romeo has also been investing in expansion. In 2017, the company opened a 113,000-square-foot automated manufacturing facility in Vernon.

With the new funding, Romeo has raised a total of $118 million so far. According to the SEC filing, $11.5 million of the funding will go to eight executives.

The joint venture is expected to close in the second quarter of 2019, according to BorgWarner.