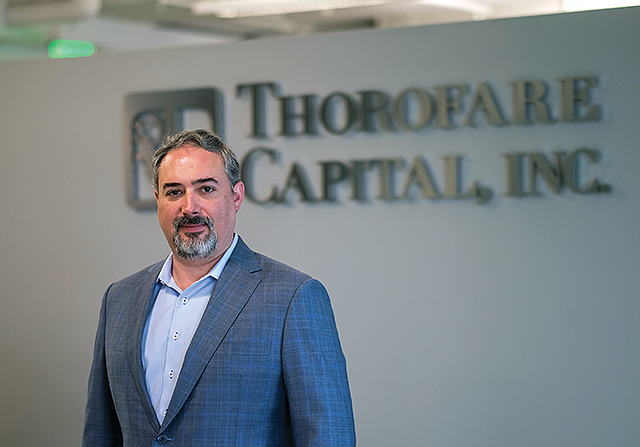 So-called bridge loans help underwrite the kinds of construction developments and other major projects that can’t get financing from a traditional lender — often because the price tag is too high or the timeframe is too short for banks to make a loan while also passing regulatory muster.

Behind New York, L.A. is the top U.S. market for bridge lenders, analysts said. The volume of unregulated loans has raised some concerns as competition has driven lenders to make riskier bets on borrowers.

“There are lots of concerns that credit standards have declined, and a lot of businesses have become overleveraged,” said Bert Ely, an Alexandria, Va.-based banking consultant.

But for bridge lenders, who charge more in interest, the payback is often worth the risk. That has led to a boom market in Los Angeles.

Friedman and other L.A.-based bridge lenders aren’t only making loans locally. According to several executives, the L.A. industry holds a healthy pipeline of loan originations that have helped fuel double-digit growth for many firms.

That kind of growth has attracted the attention of traditional financial institutions, both inside and outside L.A., who are increasingly expressing interest in acquiring the bridge-lending businesses.

Mesa West isn’t the only game in town that has caught the acquisitive eye of big banking behemoths from New York.

“We get calls every week to buy into our firm,” said Brendan Miller, chief investment officer of downtown-based Thorofare Capital Inc., which has originated roughly $2 billion in loans since its founding in 2010.

Thorofare hasn’t accepted any of those acquisition offers, but the firm teamed up with downtown’s DoubleLine Capital, a more traditional investment management outfit, to give DoubleLine’s investors access to a new pool of short-term real estate loans.

John Yarbrough, managing partner of Pacific Capital Partners in Beverly Hills, says he’s fielded a few telephone calls from prospective buyers as well. “We’ve been approached a couple of times,” said Yarbrough, who claims he has no interest in selling. “There is still a good run to be had. There are plenty of legs.”

L.A.’s bridge lenders say they’ve provided loans for everything from hotels and office buildings to senior housing, student housing as well as mansions valued at more than $5 million in neighborhoods like Bel Air, Beverly Hills and Malibu.

The mansion lending is known as “fix and flip.” General contractors or architects and designers buy a property, pump in a few million dollars into renovations, then sell it for a lucrative markup of several million dollars — all within two or three months.

These bridge loans cost more to the borrower, but they can be pulled together in a matter of weeks, compared to several months with a traditional bank lender. That’s ideal for flips and other short-term projects with the potential for big profits.

Friedman pointed to two deals in recent years as examples of the kind of bridge financing provided by Mesa West. They include a $283.3 million loan for the acquisition and renovation of the Lantana Media Campus, a four-building office complex on 12 acres in Santa Monica; and the sale of 444 S. Flower St., a 48-story stainless-steel-and-glass office tower in downtown dubbed the Citigroup Center, to Coretrust Capital Partners for $336 million.

Most of these lenders are privately held, having entered the market after the Great Recession when commercial banks stepped away from riskier loans in the face of a stricter regulatory environment.

“There has been a shift in regulation that provided an opportunity for other lenders to come in,” said Vicky Schiff, managing partner with Calabasas-based Mosaic Real Estate Investors, which opened in 2015.

Some analysts and industry observers have expressed jitters over a more recent flood of bridge lenders that have cropped up in L.A. in the past two years, saying growing competition in the market can drive lenders to offer riskier loans in order to secure business.

But executives of the lending firms say they maintain high standards in underwriting bridge loans.

“It’s not the wild, wild west. The gunslinger days are gone,” said Yarbrough of Pacific Capital Partners, which is in the process of raising more than $100 million for a fifth bridge loan fund.

Yarbrough and other executives in the industry are more concerned about “margin pressure,” he said, adding that the flood of new entrants and rising interest rates have compressed margins and could drive down their profits.

“There have been hundreds who have entered this space over the past two years,” Yarbrough said.