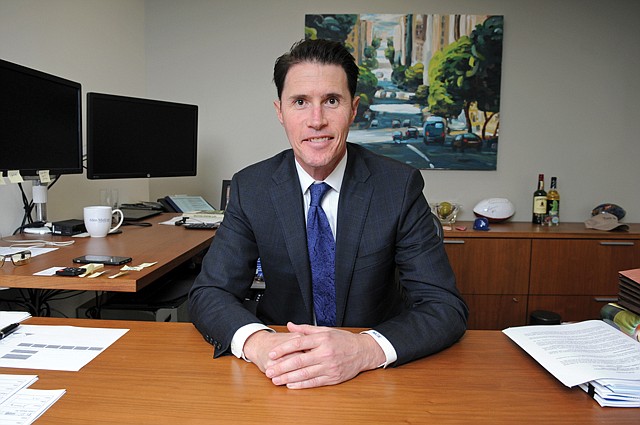 Afederal tax incentive aimed at boosting development in economically distressed communities is driving up phone call volume for many tax lawyers in Southern California. But one year into the program, lawyers say those calls haven’t exactly translated into a windfall for business.

Known as “opportunity zones,” the much hyped program was part of the Tax Cuts and Jobs Act, which became law Dec. 22, 2017. It provides tax benefits to investors by allowing them to defer taxes on capital gains if they invest that money in opportunity zone funds.

The program is far from simple. The tax benefits apply only to certain qualified funds, and there are several time windows to keep track of.

That complexity is part of what’s kept potential investors from diving in — and hiring lawyers to handle the deals.

Cox Castle & Nicholson’s Erik Loomis, a firm partner based in Century City, said he spent roughly 200 unbilled hours last year just talking to people about the program — a hefty investment of time he’s not sure will pay off.

“Maybe we’re making some money now, but we’re not at a break-even point by any means,” he said.

Opportunity zone funds aren’t limited to real estate investors. The tax benefit applies to investments of money from capital gains, which means many other kinds of businesses and savvy investors have expressed interest, lawyers said.

Loomis said many internet and technology companies sit on large gains for which they get a pricey tax bill. “For them, a program like this is incredibly attractive,” he said.

Investors have six months after realizing a capital gain to invest in the zone funds, and those properties must then be significantly improved within 30 months. Investors can defer capital gains taxes by investing in the fund for seven years.

But there remain many unanswered questions about the program, said David Nahai, a partner at downtown-based Lewis Brisbois Bisgaard & Smith. And that’s another thing that could be keeping people away.

Many of the funds are new, and they don’t have a track record to evaluate when considering investment, he said.

“We’re looking at a program that is very, very attractive to people who have realized capital gains, and it’s a great opportunity for them to defer those gains. But the devil’s in the details, and there is a lot of clarification that still needs to come,” Nahai said.

Entitlement is a drag

Some investors have been skittish about financing development funds because the entitlement process can drag on — especially in Southern California — and that uncertainty could also be what’s holding people back.

Under the new tax law, there’s a 30-month window of time during which the designated zone must show improvement. Sheppard Mullin Richter & Hampton attorney Pamela Westhoff, who is based downtown, said that in L.A. the entitlement process takes around 18 months — more if you are doing a large-scale project.

“That’s not just sticking the shovel in the ground but getting your money spent on development,” she said. Westhoff said she hasn’t seen any projects being cut back yet but thinks it will happen at some point.

DLA Piper’s Jerry Neuman, a partner based downtown, said some clients are asking the lawyers to review different types of entitlements in order to identify faster-moving options. As a result, “we’re seeing some of these properties be developed not to their highest and best-case use,” Neuman said.

Some lawyers said land that’s already entitled in opportunity zones could be sold for a premium to developers looking to have their time concerns alleviated.

“While it’s on the radar in L.A., they have not yet fully grappled with how to fit the opportunity zone regulations into the entitlement process,” Nahai said.

Many of the region’s law firms have directed substantial energy toward the program despite the tentative interest so far from clients.

Neuman said in L.A., the firm has six people working on opportunity zones. Three are “all in” while the other three do some work with the zones.

At Sheppard Mullin, Westhoff said the firm receives at least one call a day about opportunity zones, but many of them don’t go anywhere.

Allen Matkins Leck Gamble Mallory & Natsis attorney Matthew Ertman said some clarification to the regulations is expected soon, and that could bring a bigger boon for the legal industry.

“It certainly has generated a lot of discussion, a lot of phone calls, a lot of inquiries from clients and nonclients,” Ertman said. “People are still trying to figure it out and see if it is going to be worth the effort and cost.”

Ertman said one potential client was hoping to start a fund but backed down when he learned that the benefits only apply to capital gains.

Nahai at Lewis Brisbois said he has yet to do an opportunity zone deal. “What started as a fairly simple concept … has become very complicated,” Nahai said.