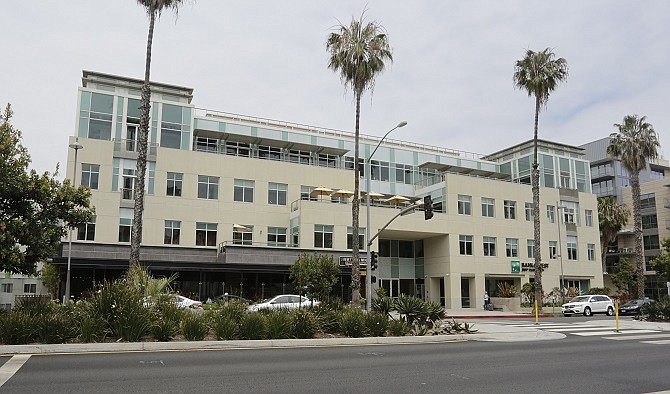 The property, at 1733 Ocean Ave., is just a block and a half from the ocean and near downtown Santa Monica. A roughly 100,000-square-foot office building that is owned by Terra Capital Partners, which has a ground lease on the land, sits on the property, records show.

“The fact that we were just selling the land created a different process,” StarPoint Chief Executive Paul Daneshrad said. “Some buyers aren’t interested. It knocked out a big segment of the universal buyers. Everything else was pretty typical.”

Still, Daneshrad said he saw more than 20 offers in 30 days.

Daneshrad said the buyer looked at it as a long-term investment.

“It’s in a location that is just irreplaceable, very little comes for sale and when it does people have a very long-term horizon look at it from one generation to the next. They are looking at it as a future investment,” Daneshrad said.

The average asking rate for Class A office buildings in Santa Monica is $6.30 a square foot, far above the county average of $3.88 a square foot, according to data from Jones Lang LaSalle Inc. Roughly 92,000 square feet of office space was under construction in Santa Monica during the fourth quarter, JLL found.

“Entertainment and tech have caused so much demand that office rents have almost doubled in that market place in the time that we’ve owned it,” Daneshrad said. “Land prices have gone up almost five times. There’s such a limited supply of land that it’s going at a premium.”

StarPoint Properties invested the money from the sale into a 350-unit apartment community in Plano, Texas. The group plans to build an additional 150 units on the land.