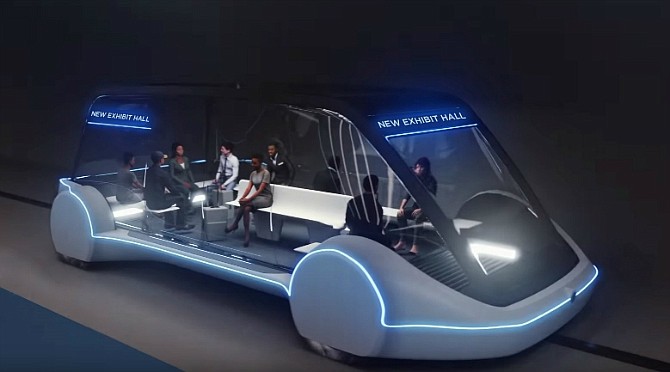 “We are excited to work with the LVCVA to provide a world-class mass transit system in Las Vegas,” Steve Davis, president of the Boring Co., said in the announcement.

The selection of Boring Co. must still be approved by the authority’s board of directors; a vote is scheduled for the next meeting on March 12.

The Boring Co. was founded in 2016 by Los Angeles billionaire Elon Musk. The company is headquartered in Burlingame but has its major operations in Hawthorne, where it has built a 1.1-mile tunnel that opened for testing in December. The company is also negotiating with Chicago authorities to build an 18-mile tunnel between O’Hare International Airport and Chicago’s downtown loop. And the company has proposed a 3.6-mile tunnel between Dodger Stadium and a station on the Metro Red Line subway.