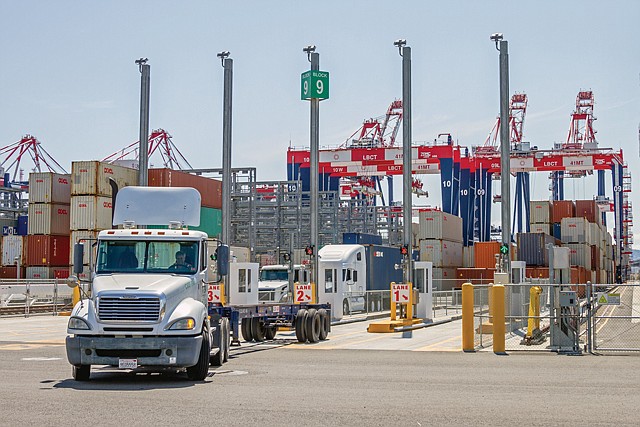 With each escalation of the trade dispute with China, companies are asking U.S. regulators for exemptions to tariffs owed on the Chinese goods, materials and manufacturing components they import.

On June 30, the Office of the U.S. Trade Representative was slated to open another round of applications for businesses seeking exceptions to the Trump administration’s third round of tariff restrictions — a 25% levy imposed on $200 billion worth of Chinese goods that went into effect in May. Exemption applications on a fourth round of 25% tariffs, which the president recently proposed on an additional $300 billion in Chinese imports, have yet to be considered.

Trade lawyers said they’ve been fielding lots of calls from companies looking to apply for exemptions. More than 10,000 applications were submitted last year for products included in the first two rounds of tariffs. More than 6,000 denials were issued, about 2,500 exceptions were granted, and more than 2,000 applications are being processed.

“The government doesn’t have the resources to process all these exclusionary requests,” said David Stepp, a lawyer at law firm Crowell & Moring’s downtown office. “This is massive when you think about it.”

The 25% levy imposed in May, to which companies may now seek exceptions, included agricultural products, household appliances, auto parts and other categories. The deadline for applications is Sept. 30.

Teresa Polino, a trade lawyer with Arent Fox, said when an exemption is granted, companies may stop paying the duties, and they’ll receive a refund for those they’ve already paid.

“But the process is slow,” Polino said. “Companies that have already gotten it are breathing a sigh of relief, but companies that have had their request pending for a better part of a year, they are losing sales.” That delay can be devastating, Polino added, even if the application is ultimately granted.

The 90-year-old Christie Digital Systems USA Inc., based in Cypress, was one of the thousands of companies, from medical device manufacturers to auto parts-makers, working to offset the impact of tariffs by applying for an exemption.

Last fall, Christie got lucky. The Office of the U.S. Trade Representative granted the company — which designs and develops audio and visual equipment including movie theater projectors — an exclusion from tariffs imposed on lamp and projector assembly parts.

The USTR exclusion provided a brief measure of relief, but it didn’t eliminate the threat tariffs continue to pose for Christie’s business. A separate request to exempt the company’s imported circuit board components was denied with the USTR citing the item as “strategically important” to China’s industrial program.

As the trade war escalates, Christie faces additional tariffs on other categories of manufactured items and parts.

“Without any relief, we are going to have to absorb it, and it will be extremely painful,” said Robert Ranucci, the company’s general counsel. “We are just crossing our fingers that a deal is cut.”

Christie is one of four companies — and the only one based in the United States — that produces movie projectors certified for use in American theaters, including by AMC Theatres and other movie houses.

The projectors can cost as much as $100,000. A price increase, driven by higher trade costs, would put Christie at a disadvantage to its foreign competitors in an industry already under pressure as theater attendance shrinks.

Given the uncertainty of the trade relationship between the United States and China, Ranucci said, Christie is looking to shift production to another plant in Canada.

The USTR is considering one-year exemptions based on a variety of factors including the ease of moving production, the availability of alternative suppliers and the impact on the overall U.S. economy.

Once the office grants a company an exclusion, other companies with the same product can benefit, lawyers said. That’s because imports are classified by harmonized tariff codes tracked by Customs and Border Protection, along with other government agencies.

Stepp, of Crowell & Moring, said companies that have successfully earned an exemption were often able to show that the imported item was integral to a U.S.-based manufacturing operation.

Lawyers expect thousands more applications to be filed in the coming exemption round — if it goes through.

“The potential damage from the 25% is so significant that people want to get in on this,” said Susan Ross, a lawyer at Century City-based Mitchell Silberberg & Knupp who represents apparel, electronics and other companies.

But she said the application process is riddled with problems. “Even if you got the exclusions process started now, you are looking at a year plus before you knew the outcome.” That time period could be the death knell for some of her companies operating in price-sensitive industries such as apparel, which is gearing up for the Christmas season.

“People are going to get caught between purchase orders that are already in place with set prices and the significant price hike that will come at this 25%,” she said. “At 10%, we can figure out a way to spread the pain. At 25%, we are out of business.”