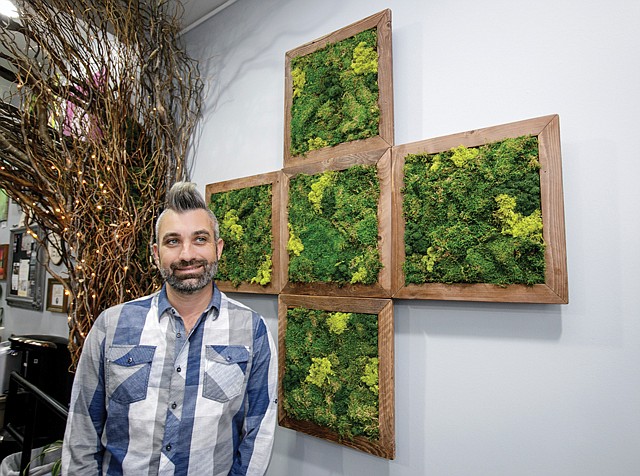 Each morning, HardCar Security dispatches an armored SUV or van onto L.A.’s traffic-clogged freeways to pick up millions of dollars in cash.

The unmarked vehicles are designed to withstand gunshots. Drivers are fitted with bullet-proof vests and wield semi-automatic pistols for protection.

The setup isn’t much different from the typical armored car services that cater to retail outlets across the globe, but HardCar — and a growing number of competitors — service only one type of client: marijuana businesses.

The company, and others like it, have seen business grow as the marijuana industry emerges from the black market to an above-board, regulated system. The state’s legalization of recreational cannabis ignited a rush into the market, which is expected to have an estimated $7.7 billion in legal sales by 2021, according to Arcview Market Research.

The boom in security details catering exclusively to pot companies is the side effect of a larger issue plaguing the industry. Because cannabis remains illegal under federal law, commercial banks have shied away from accepting deposits from businesses that handle marijuana.

As a result, the industry deals disproportionately in cash.

The lack of banking options has frustrated cannabis entrepreneurs. “We run a weird business based on whispers about our banking,” said Jerred Kiloh, owner of Higher Path cannabis dispensary in Sherman Oaks. “We need banking.”

Kiloh, who is president of the United Cannabis Business Association, a trade group for pot retailers in California, said frustration is growing among dispensaries looking for banking services.

In November, seven L.A. dispensaries that had written checks to pay excise taxes to the state’s Bureau of Cannabis Control had their bank accounts closed because the word “cannabis” appeared on the payee line of their checks, Kiloh said.

As a solution to the problem, the state agreed to allow cannabis excise taxes to be paid to the Department of Public Health. But Kiloh said that’s a stopgap measure.

“It has become so widespread to close bank accounts for anybody who touches or moves the plant,” he said. “I put my bank account at risk every time I make a transaction with a vendor.”

There are a handful of financial institutions in Los Angeles and elsewhere in California that have started accepting cannabis deposits. Most do so without much fanfare.

Where attorneys, consultants and other professional services firms have set up dedicated pot practice groups touting their expertise, banks and credit unions serving marijuana businesses don’t tend to broadcast their affiliation with the industry.

Locally, the Business Journal identified one cannabis-serving financial institution — the $70-million-in-asset Technicolor Federal Credit Union of Burbank —although industry sources said there were others. Daniel Taay, who heads Technicolor, confirmed his institution’s involvement but declined to elaborate.

Industry sources say six credit unions and one commercial bank handle cannabis cash in California with several more poised to enter the market by the end of the year.

The reticence of banks and credit unions to service cannabis businesses is two-fold. Marijuana’s stigma as an illegal drug is still strong, and banks said they were concerned about potentially losing customers who don’t want to be associated with the budding business.

Financial institutions that accept cannabis cash must also shoulder the burden of proving that every deposited dollar comes from a state-licensed and regulated operator, according to Chris Call, chief executive of the $60-million-in-asset North Bay Credit Union in Santa Rosa. His institution and armored transporters of cannabis cash are subject to more extensive regulatory oversight and audits than others who don’t take the money.

Among the state’s credit union chiefs, Call is one of the most vocal supporters of offering banking for cannabis industry clients — primarily for safety reasons.

“Transporting large amounts of cash around our community, and storing cash in homes and unprotected businesses, creates an incentive for both crime and violence,” Call said. “A business owner should not be walking city streets with a duffle bag full of cash. A bank’s refusal to take the cash has created a public safety issue.”

That safety issue is what’s led to the boom in security services like HardCar, which shepherd piles of cash from Southland dispensaries on a circuitous trip that often, ironically, ends at the Federal Reserve Bank of San Francisco’s local vault downtown.

HardCar agents pick up bags of cash at cannabis retail locations and transport them to a location in Palm Springs, about 110 miles east of Los Angeles, where employees count the money three times while surveillance cameras watch.

After the counts are finished, the cash is rebagged, returned to the vehicles and transported to the Federal Reserve vault at 950 S. Grand Ave. The money is then moved electronically to the handful of banking institutions in California that handle the cash for deposit into cannabis businesses’ accounts.

There is some hope that more robust banking options for marijuana businesses could soon be available. In May, the California Senate approved legislation to create state-chartered cannabis banks to help the industry get around federal restrictions.

Hertzberg told the Business Journal he anticipates the bill, which is making its way through Senate panels for final approval, may be signed into law by Newsom as early as September.

“Everyone is scrambling to get their money banked,” Hertzberg said. “We are trying to bring order to the process and reduce costs and risk.”

He said the legislation would serve as an “interim step” for banking cannabis money in California. Should the U.S. government eventually legalize cannabis, the limited-purpose state banks would be “rolled up” into other financial institutions, he said. “Once the federal government changes the law, things will change.”