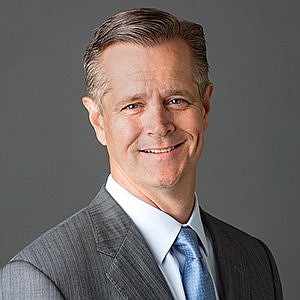 Robert Stone, president and CEO of Duarte-based City of Hope

Duarte-based City of Hope National Medical Center has boosted its investment to $1 billion for a new cancer center at the FivePoint Gateway in Orange County.

City of Hope is purchasing 11 acres of land, including a building of roughly 190,000 square feet, at FivePoint Gateway in Irvine, for its cancer center campus expected to open in 2021.

The project is being developed in collaboration with partner FivePoint Holdings, an Irvine-based developer of mixed-use, master-planned communities in coastal California.

City of Hope had previously stated in March 2018 that it would spend $200 million on the cancer center.

City of Hope President and Chief Executive Robert Stone told the Business Journal that the new cancer center would be a “best-in-class” facility equipped with leading-edge technologies and dedicated specialists. Stone said the Orange County expansion is City of Hope’s largest expansion outside of Duarte.

”It’s a new template for how innovation makes its way to the patient’s bedside,” Stone said.

He said philanthropy would contribute significantly to raising the funds necessary to build the cancer center.

The Duarte complex employs roughly 6,200, having grown its workforce by about 40% in the past five years, Stone said. He could not immediately say how many jobs would be created with the cancer center in Irvine.

In May 2018, City of Hope hired veteran health care executive Annette Walker as president of City of Hope Orange County to help develop the new cancer center and expand health care operations throughout the county.

In February, City of Hope announced plans to plant its first flag in Orange County later this year when it opens a $14 million cancer clinic in Newport Beach.

The new Irvine campus is expected to serve patients who currently must travel outside of Orange County for cancer treatment. The Duarte campus is about 50 miles from Newport Beach, a nearly two-hour commute.