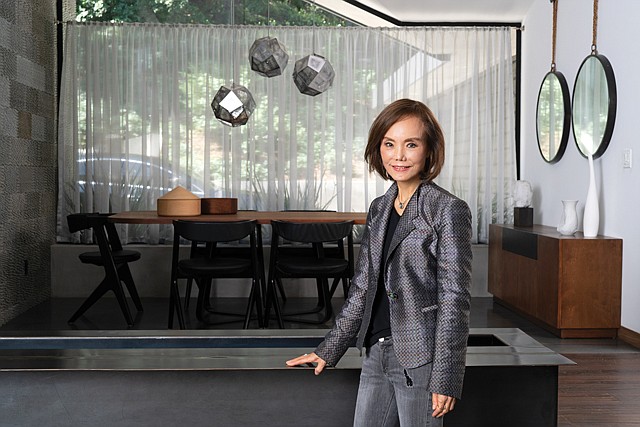 For most of its history, the 25-year-old bank provided apparel industry manufacturers with a niche financial service called factoring — providing upfront cash to businesses in exchange for the right to collect payments on invoices issued by companies to downstream retailers.

Factoring still provides the cash apparel companies need to operate day to day, but as much of the local apparel industry has moved overseas — and as retailers shift toward ecommerce — demand for Hana’s primary service has faltered, according to Sunnie Kim, the downtown-based bank’s chief executive.

She explained that the garment industry factoring business continues to be driven by price competition, due to “fewer and fewer viable vendors resulting from a shrinking retail base.”

So Hana is turning to transportation and other less conventional industries as a new revenue source for its factoring business.

The move toward transportation is a natural progression — providing services to goods-movers rather than goods-makers — as both the United States and Los Angeles area economies have shifted to importing most of what they consume. The higher volume of goods entering the country from elsewhere requires an intricate and widespread network of ships, trains and trucks to transport them from the other side of the world to consumers’ doorsteps.

Factoring in the transportation sector means drivers can get paid for hauling a load much faster than they normally would. Truckers that use Hana’s factoring service are given an account that the bank credits money to once goods are delivered rather than having to wait 30 days for an invoice to be paid by a shipper.

Earlier this month, Hana established a new $100 million factoring credit line through the issuance of corporate debt. Hana could ultimately borrow up to $300 million from that debt issuance. Hana plans to use the line to expand its factoring and asset-based lending platforms — now with a more diversified portfolio of industries.

Some analysts are skeptical that Hana — or anyone — can run a successful factoring business these days. Don Coker, a litigation expert in factoring disputes, said the business has been in decline for many years. And he said diversifying the practice has proven difficult.

“Making a living at factoring is going away,” he said. “Not many players are left. It’s now a relatively small area in banking and finance.”

Coker said banks that engage in factoring typically purchase invoices at 70% to 80% of their face value, but the purchase price varies based on the likelihood the invoice will be paid out.

Kim hopes that expansion will put Hana back on solid footing after a deal to sell off its Small Business Administration lending unit fell through in March. Hana also shuttered its mortgage lending business in 2016.

The godmother of L.A. finance

As Hana endeavors to transition its business, many see Kim as the right person to oversee the bank’s overhaul. She has a long tenure on the Korean American financial scene in Los Angeles and has played a crucial role in many of the industry’s success stories.

Shortly after immigrating to the United States in 1974, Kim started out working in trade finance at the L.A. office of the Korea Exchange Bank, then owned by the South Korean government. In 1982, she and a handful of other Korea Exchange Bank employees left to start another local institution, Hanmi Financial Corp., which is the parent company of $5.6 billion-in-asset Hanmi Bank.

Kim has worked with and mentored Min Kim, today’s chief executive and president of downtown’s OP Bancorp, parent of the $1.1 billion-in-asset Open Bank.

“She tries new things and always wants to be out in front of everybody,” Min Kim said. “She is definitely a pioneer.”

Hanmi’s Lee added, “She has done more than any other person who I’ve come across in my career.”