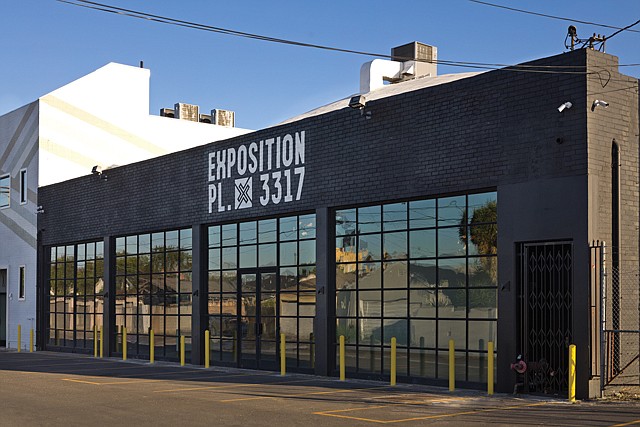 Sign of the Times: RealReal plans to move into West Adams.

The development boom in downtown and Culver City has spread into the intervening West Adams neighborhood, with companies relocating to the suddenly trendy area.

Luxury consignment company RealReal Inc. and sneaker seller 1661 Inc. are both expected to move into new offices in West Adams by the fall. Restaurant chain Sweetgreen Inc. is also planning a move to the area.

“It’s a fast changing, gentrifying neighborhood,” said Mark Tarczynski, an executive vice president at Colliers International. “I can see why people who want to attract top young talent would want to locate there. Plus, the real estate prices there are cheaper than in areas like downtown L.A. and the Westside and Pasadena.”

The rapid pace of gentrification in West Adams has spawned controversy with many longtime residents speaking out about rising housing costs and developments that push out local businesses, according to Josef Siroky, a West Adams Neighborhood Council board member.

“Some of the older residents feel like they’re being priced out,” he said. Other residents are unhappy that some of the projects, especially those near churches, are asking for liquor licenses, he added.

Yolanda Davis-Overstreet, another board member and West Adams resident of 58 years, said in the last five years she’s seen a lot of changes in the area.

“It really shakes the foundation that you stand on when you’re in this community, and all of the sudden, you have a lot of construction, lots of buildings going up,” she said.

RealReal’s new offices in West Adams will comprise nearly 30,000 square feet at 3317 to 3325 W. Exposition Blvd., near the border of Jefferson Park and West Adams. The company is expected to relocate from in Century City by September.

Brokers said Metro’s nearby Expo Line and the upcoming Crenshaw/LAX Line have encouraged development and attracted new businesses to the area.

Tarczynski said that, in addition to being cheaper, the West Adams area had less competition for available space.

“I would say they’re making a smart move,” he said.

1661 Inc., which does business as Goat Group, has also signed a lease in the area for roughly 60,000 square feet at 3339 Exposition Blvd., according to sources familiar with the matter. The landlord is also Luzzatto Co.

Goat Group is headquartered in Culver City and is expected to move to West Adams this summer. It didn’t return requests for comment.

There’s also been a residential boom in the West Adams area, first with single-family homes and now with a handful of multifamily developments in the works.

One of the biggest is Carmel Partners Inc.’s massive Cumulus development, which will have 1,210 apartments and 100,000 square feet of retail.