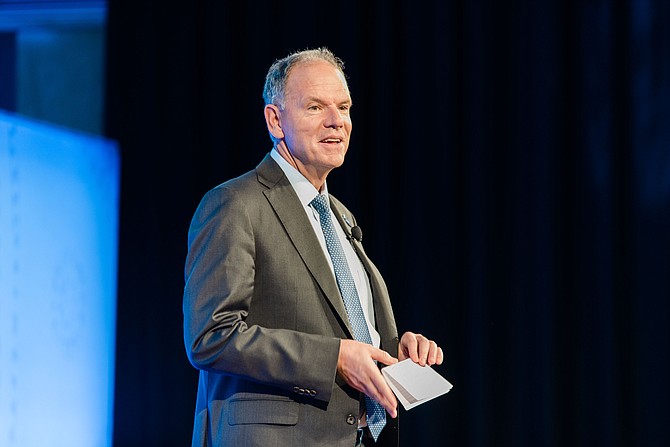 USC on June 11 named Geoffrey Garrett, current dean of the Wharton School at the University of Pennsylvania, as the next dean of the Marshall School of Business, effective in July 2020. The school also named current Marshall School professor Gareth James as interim dean for the 2019-20 academic year.

Garrett will replace James Ellis, whose contract as dean was cut short last fall in a controversial move by interim USC President Wanda Austin that roiled the campus and sparked a showdown at a USC Board of Trustees meeting in December. Ellis leaves his post at the end of this month.

Garrett was named after an unusually short search period for a major business school dean. Most searches take nearly a year; the search for a new dean of the UCLA Anderson School of Management took 16 months before the university announced May 31 that it had named longtime Anderson finance professor Antonio Bernardo dean effective July 1.

Garrett, who has held the Wharton School dean post since 2014, is actually returning to the USC Marshall School – he taught there as professor of business administration, communication, international relations and law from 2001 to 2005.

“USC Marshall is innovative, entrepreneurial and global, with great faculty, staff, students, alumni and friends,” Garrett said in a statement. “There is tremendous momentum at the school. This is a great foundation on which to build.”

Garrett, an Australian native, is a Fulbright Scholar who has taught at Oxford, Yale and Stanford universities, and is the founding CEO of the United States Studies Centre at the University of Sydney. He also led the Pacific Council on International Policy in Los Angeles and was dean of the UCLA International Institute.

“Geoffrey Garrett is a world-class political economist and the ideal choice to advance USC Marshall’s commitment to excellence,” USC President-elect Carol Folt, who takes office next month, said in a statement. “His vision and leadership will be invaluable as we expand our business school’s worldwide impact."

CORRECTION: An earlier version of this story mischaracterized the status of the dean search at the UCLA Anderson School of Management. The search has been completed and a new dean, Antonio Bernardo, was named May 31.