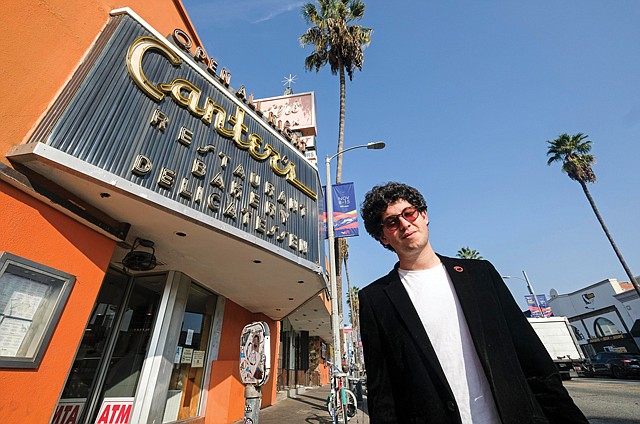 Alex Canter, heir to one of Los Angeles’ most storied delicatessens, raised an $18 million Series B for his online food ordering and delivery platform, Ordermark Inc., finalized July 29.

The Culver City company developed a platform that aggregates online orders from third-party ordering services into a single ticket.

“We’re organizing the messy landscape,” he added, “and making it simple for restaurants to just put their heads down and crank out food, which they do best, instead of focusing on the different tablet systems in the restaurant.”

Canter said Ordermark will use the funding to expand its business to more restaurants and make its technology compatible with more delivery apps and commonly used restaurant technologies such as kitchen display systems and point-of-sale software.

The company has raised $30 million to date and completed a $9.5 million Series A fundraising round in September 2018.

Boulder, Colo.-based venture capital firm Foundry Group led the round as a new investor in Ordermark. Each of Ordermark’s previous backers, including Santa Monica-based Mucker Capital and Act One Ventures, and Century City-based TenOneTen Ventures, participated in the Series B raise. London-based investor Nosara Capital led the firm’s Series A round and participated in the Series B as a follow-on investor.

“We are so thrilled to have our early investors backing us," Canter said. “It shows the confidence they have in the trajectory of our business, and it's important to me we have a well-balanced group of investors, and every round we're adding new investors who help us to continue to level up.”