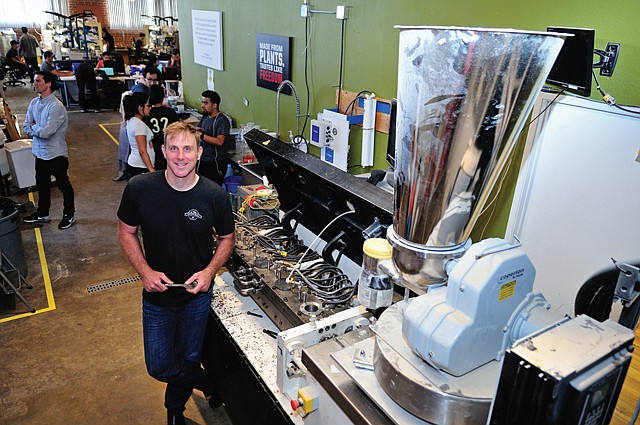 Beyond Meat CEO Ethan Brown has been able to break his company out of the traditional niche reserved for vegetarian products. Photo by Thomas Wasper

How They Got Here: Riding a wave of consumer frenzy over meatless burgers, plant-based imitation-meat maker Beyond Meat received a sizzling reception for its initial public offering on the Nasdaq exchange in May, roaring past its set price of $25 to close at $66 a share on its first trading day. But that was just a warmup. The share price continued to rocket, closing at $160 on June 28, a more than six-fold increase from the IPO set price. Key to the company’s success has been producing vegetarian burgers and imitation meat products that come much closer to feeling and tasting like meat products. According to Ken Goldman, analyst with JP Morgan Securities in New York, the company has subsequently been able to place its products in the meat sections at stores and on restaurant menus, instead of in the traditional niche category of vegetarian products, opening a much wider market.

Where They Go Next: Beyond Meat was the first in a new generation of plant-based burger-makers with a meat-like taste and texture to hit restaurant menus and store shelves, but now archrival Impossible Burger — made by Impossible Foods Inc. — has reached stores and restaurants. Several other plant-based food-makers are coming up fast. “Competition from larger food producers is about to intensify,” Goldman said. Whether Beyond Meat can innovate and broaden its distribution networks quickly enough to stay ahead of this stiffening competition will be a major test over the next year.

Quotable: “Beyond has a first-mover advantage over many of its competitors within plant-based meat.” — Ken Goldman, analyst, JP Morgan Securities.