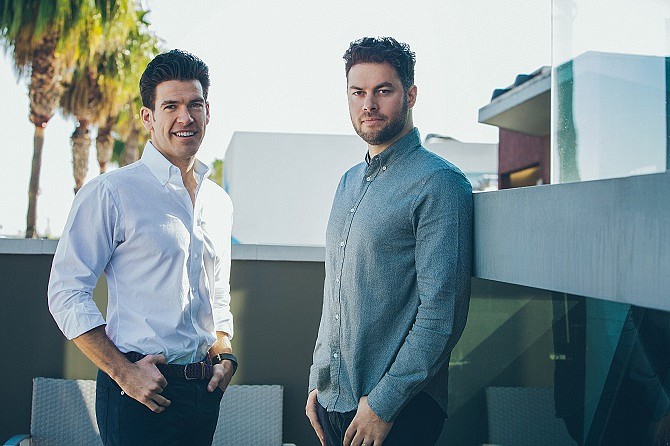 Fifth Wall said in a filing with federal securities regulators today that the oversubscribed $503 million fund is its second real estate technology fund to close. The new fund attracted a total of 114 investors, according to the filing made with the Securities and Exchange Commission.

“Obviously, we are a very large fund for L.A.,” said Brendan Wallace, co-founder and managing partner at Fifth Wall. “What makes us unique is our approach to raise capital because we partnered with the kingmakers for real estate and technology.”

Given all of the money raised to date – including $73 million in special purpose vehicles, or SPVs, $212 million in its first fund, and a third “undisclosed” fund that raised more than $200 million to invest in consumer brands and emerging retail technologies – Fifth Wall has more than $1 billion in assets under management.

“With that much money, they won’t be making less than $20 million investments each,” said Len Lanzi, executive director of the Los Angeles Venture Association, who estimates there are roughly 200 venture firms in Los Angeles County.

“It can’t be limited to L.A. because of its size. It’s too big. There are not enough startups in L.A. to invest that kind of money in,” Lanzi said.

Fifth Wall has made several high-profile investments since its founding in 2016. It has funded Neutron Holdings Inc.'s Lime scooter, provider of one of the electric vehicles that have become almost ubiquitous in Los Angeles. Other investments include San Francisco-based Opendoor Labs Inc., a technology-powered real estate company; Hippo, a Mountain View-based tech enabled home insurance startup; VTS Inc., a New York-based leasing and asset management platform; and Industrious, a New York-based co-working startup.