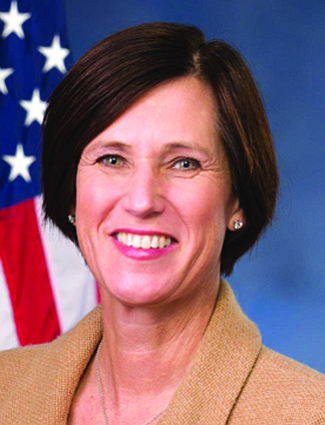 The appointment of Walters brings the number of directors on the company’s board to nine, of whom six are independent. Walters will also serve on the board’s governance committee.

With her appointment, effective July 12, Walters became the only woman on B. Riley’s corporate board — putting the company in compliance with a California law passed in 2018 that requires public companies headquartered in the state to have at least one female board member by Jan. 1, 2020.

The new law, which was signed by California Gov. Jerry Brown on Sept. 30, is the first in the United States to require gender diversity on corporate boards.

Walters was the incumbent congresswoman in her district in Orange County until November 2018 when she lost reelection to Democrat Katie Porter — the first Democrat to win a House race in the 45th district since its inception. The district is based in Orange County and includes all of Irvine, Tustin, North Tustin, Villa Park, Orange, Laguna Hills, Lake Forest, Rancho Santa Margarita and Mission Viejo, as well as parts of Anaheim, Aliso Viejo and Laguna Niguel.

Prior to her career in public service, Walters worked at Drexel Burnham Lambert and Kidder, Peabody & Co. She earned a B.A. in political science from UCLA.