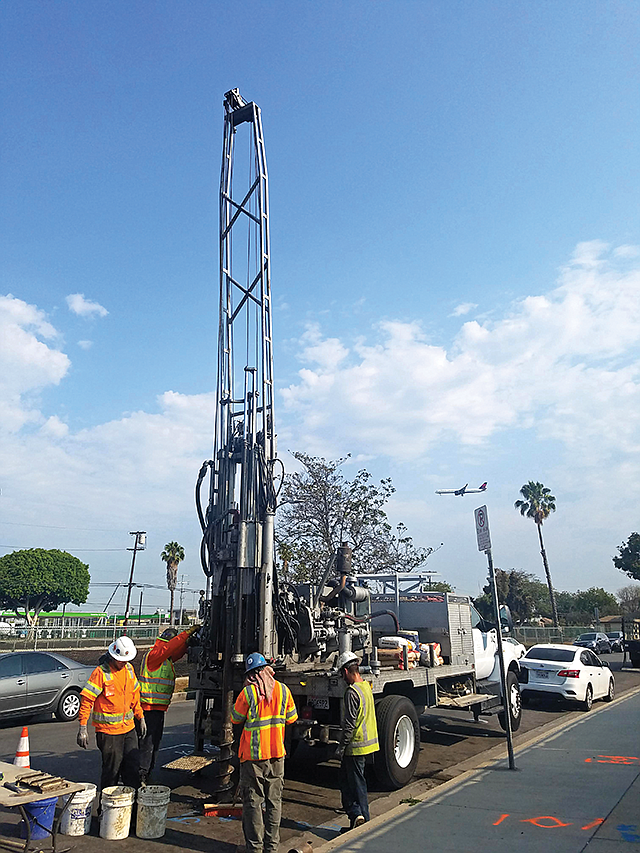 Los Angeles World Airports, the city agency that operates LAX, doesn’t track the number of minority and women-owned contractors on its roster, in large part due to Proposition 209, the 1996 ballot measure that forbids public agencies from considering race or gender in the awarding of contracts.

For contracts where federal dollars are involved, preferences based on gender or ethnicity still apply. For example, L.A. County Metropolitan Transportation Authority applies these preferences because it receives federal grants for many of its projects. Most airport projects, on the other hand, are financed by airlines and gate fees.

LAWA continued to track race, ethnicity and gender in its contracting process through a program called Minority, Women and Other Business Enterprises through 2012. Under the program, LAWA set participation targets for projects with an estimated value of $50,000 or greater. Those targets varied according to project type and size.

While there was no longer direct consideration of race, ethnicity or gender in LAWA’s contracting process, the hope was that many of the companies certified as small businesses would also be majority owned by women or minorities.

Under the Small Business Enterprise program, contractors can get certified as small businesses if their revenues are under certain thresholds ($35 million a year for design firms, for example).

LAWA then sets targets for the percentages of contract dollars going to these firms. The targets vary according to the specific project and the type of work being performed. For example, in the design stage of the people mover project, LAWA is aiming for 22% of the work by dollar volume to go to certified small businesses.