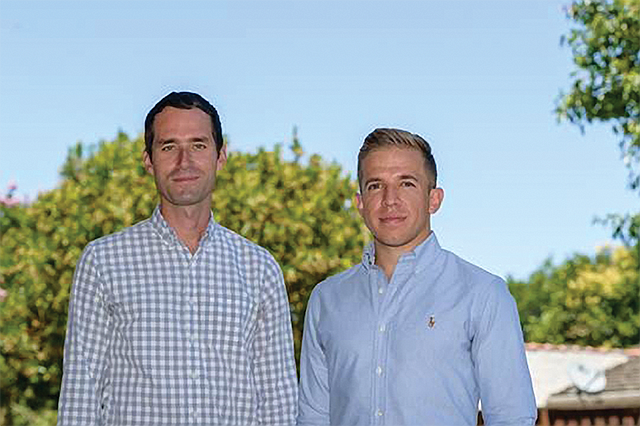 Tariffs on Chinese goods may create discomfort for most businesses whose supply chain reaches across the Pacific, but the trade war has been good news for a handful of local startups in the business of finding warehouse space.

Culver City-based Flowspace Inc. and West Los Angeles-based Warehouse Exchange saw demand rise over the past year as distributors ramped up orders in anticipation of more than $200 billion in planned tariffs levied by the federal government on certain products and commodities from China.

“It was the first month of positive cash flow,” said Jonathan Rosenthal, the founder of Warehouse Exchange, which bills itself as the Airbnb Inc. of warehouse space. “We are certainly seeing people bringing inventory into the United States to beat the tariffs.”

Warehouse Exchange and Flowspace offer on-demand space for companies looking to house products quickly. As companies push to get their wares to and from China before tariffs hit, the nimble startups are well positioned.

The National Retail Federation reported imports at the nation’s major retail container ports set a new record in November as retailers and distributors rushed to stock up their warehouse ahead of a levy on Chinese goods. The tariffs were postponed after U.S.-China talks progressed and a 90-day pause went into effect, creating some breathing room.

“Normally, by now, you would see (inventory) levels going down,” Rosenthal said. That’s not the case as warehouse space, usually already packed ahead of Chinese New Year, became scarcer for new entrants into the market.

But the tariffs are only part of the reason.

“E-commerce has been a substantial driver over the years,” Zorn said.

The growing demand for next-day delivery services, which can often make or break customers’ order decision has pushed up the need for more locations closer to consumers, so inventory can get on the doorstep quicker. A quarterly survey by the National Retail Federation on shoppers’ taste estimates nearly 40 percent of consumers expect brands to offer free two-day shipping.

Riding the wave That demand for quick delivery was the original driver for Warehouse Exchange and Flowspace, both of which were founded in 2017.

Flowspace Chief Executive and co-founder Ben Eachus, who oversaw fulfillment and operations for the Playa Vista-based Honest Co. Inc., Jessica Alba’s line of household products, said he saw the need for a company that could cut through the red tape of leasing and quickly store and deliver products.

“It’s a very outdated process where you are calling around and knocking on doors,” he said. It can sometimes take months to secure buildings and outfit them for distribution.

Flowspace targets small- and medium-sized manufacturers, working with logistics companies to provide on-demand warehouse services and month-to-month leases. The company has hundreds of warehouses, mostly in major population centers where customers can have their inventory sorted and distributed.

Warehouse Exchange is also taking advantage of e-commerce growth. The company, which has raised about $2 million in seed money, plans on filing for Series A funding next month to help it expand.

It partnered last year with Anaheim-based Associated Warehouses Inc., a logistic service provider that has about 500 shared and contracted warehouse facilities – totaling at least 110 million square feet – across the North America and Europe.