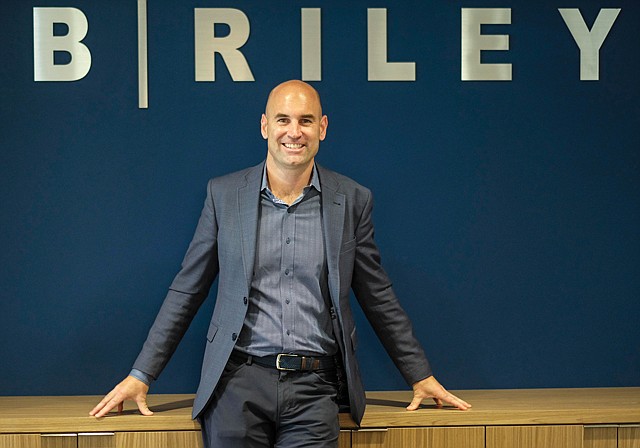 Woodland Hills-based B. Riley Financial Inc. closed two high-profile acquisitions in 2017, but integrating the investment banking, brokerage and wealth management firm brands into a cohesive unit has been a tough – and costly – affair that continues to this day.

The acquisitions – a $67 million cash and stock deal for Memphis, Tenn.-based Wunderlich Securities Inc. and a $160 million purchase of Arlington, Va.-based FBR & Co. – created a multiregional brand for B. Riley, which merged the two firms with its own wealth management unit to form a new subsidiary dubbed B. Riley FBR Inc., headquartered in Santa Monica just off the 405 freeway.

Since the close of the deals in mid-2017, B. Riley has reported in regulatory filings restructuring charges of $17.6 million, including an $8.6 million reported hit for the period covering the final three months of 2018. The expenditures are not exclusively related to the two acquisitions, but the company confirmed most of the charges were related to the Wunderlich and FBR deals. The charges covered line items such as rebranding costs and severance packages.

The purchases were opportunistic, according to Andy Moore, who took over as chief executive of B. Riley FBR in July. He said the legacy FBR, an investment banking and brokerage firm, was hemorrhaging about $30 million annually when it was picked up in mid-2017. Wunderlich, which was an investment bank and asset management firm, wasn’t bloated, but it brought to the table a culture – like FBR – where employees weren’t bridled on spending for travel and entertainment, Moore said. The firms, which merged with B. Riley’s own investment banking operation, were also rife with overlap.

“FBR had significant operational redundancies,” Moore said in an interview.

That meant a sizable haircut on personnel. Before the acquisitions, the legacy B. Riley business had a workforce of 200; Wunderlich had 180 financial advisers; and FBR roughly 260 institutional broker dealers, financial advisors and support staff.

The combined workforce has since been trimmed by as many as 150 in order to cut duplicative functions.

B. Riley Financial – the overall parent company – employs more than 1,000, a number that includes other operating units and bolt-on acquisitions, according to the 42-year-old Moore.

Two of those severance packages went to former top executives at the acquired firms: FBR Chief Executive Rick Hendrix and Wunderlich Securities founder Gary Wunderlich, who were initially added to B. Riley Financial’s board after the deals. Both were quietly terminated, Moore explained, when asked about their departures.

“We parted ways with both on good terms,” Moore said in an interview.

Neither Hendrix nor Wunderlich returned phone calls seeking comment on their short tenures at the combined firm. Hendrix is now a senior advisor with New York-based private equity firm Crestview Partners, assisting with financial services strategy, according to Crestview’s website.

Some former employees of the acquired firms left before the combination. Others were terminated or took buyouts.

“There was a lot of overlap,” James Terwilliger, a former Wunderlich senior vice president and healthcare analyst who said he left the company before the deal was announced in May 2017. “There were three different cultures that came together at the same time.”

Moore acknowledged that his biggest challenge leading the combined firms has been integrating the disparate corporate cultures of the more laid-back B. Riley with the buttoned up FBR and Wunderlich outfits.

“We underestimated the cultural differences,” said a tieless Moore.

While attitudes about dress may be a sticky wicket in the ongoing integration of the firms, a more substantive financial change has been gaining alignment on travel and entertainment costs.

Moore estimated that before the acquisitions the two bolt-on firms spent about $4 to every $1 that B. Riley’s Santa Monica research team spent on travel. Moore said that since he took over, he squeezed significant costs on expenses for flights and entertainment. He estimates those costs have been lowered to $400,000 from $1.5 million.

“This is a thrift-driven company,” Moore said. “I don’t want to be punishing, but lead by example.”

The combined firm also made the decision in January to refocus its research platform, homing in on small and mid-cap firms with market capitalizations ranging from $150 million to $2 billion. The shift cut roughly 70 large cap stocks from its coverage, with the firm now covering 460 companies.

The integration challenges at B. Riley FBR are playing out at the same time as a larger executive shakeup at the unit’s parent company, B. Riley Financial.

Kenny Young was promoted to president of B. Riley Financial, replacing Kelleher. Young was previously chief executive of B. Riley Principal Investments, another company subsidiary, and remains in that role in addition to his new position.