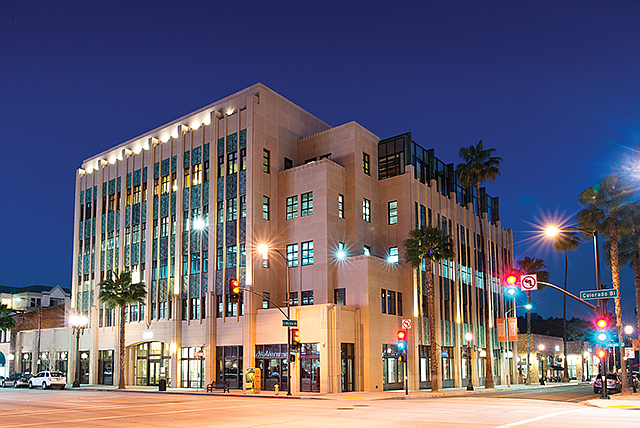 Spaces is expected to move in during 2019’s fourth quarter. The value of the lease, which is for 10 years, was not disclosed.

The average Class A asking rate in Santa Monica during the fourth quarter of 2018 was $6.30 per square foot, according to data from Jones Lang LaSalle Inc. That would put the lease value at roughly $52 million.

“Water Garden is one of the premier assets in Los Angeles,” Rainer said in a statement. “The thriving green campus is a perfect fit for Spaces. This is their first coworking location in the Santa Monica Media District, a submarket featuring one of the densest tenant rosters of top tech, media and production companies.”

Spaces also signed a 130-month lease for 48,831 square feet at the Playhouse Plaza office building at 680 E. Colorado Blvd. in Pasadena, CBRE announced Jan. 31. The location is expected to open in August.

The average asking rent for Class A buildings in Pasadena was $3.30 a square foot during the fourth quarter, according to JLL data, which puts the lease value at roughly $21 million. An exact lease price was not disclosed.

The facility, Sage Glendale Senior Living, is being developed by Willis Development. When completed, it will have 81 assisted living units, 24 private care units for residents with Alzheimer’s or dementia, and four semiprivate memory care units.

“The Public Policy Institute of California estimates that by 2030, more than one million seniors will require some assistance with self-care,” said Shlomi Ronen, principal at Dekel, in a statement. “In Glendale, where there are fewer than 20 facilities to serve a growing senior population of more than 200,000, this financing will help Willis Development meet the current and future demand for quality senior housing in what is the third largest city in Los Angeles County.”

Girl Scouts of Greater Los Angeles will open a service center in Inglewood Feb. 24 as part of a facility serving scouts in the region.

The property was purchased in 2017 for $2.4 million, and the Girl Scouts of Greater Los Angeles has spent nearly $2 million on renovations so far.

All three joined as principals. The team works on investment sales.

The Maling-Barnes team was most recently at Colliers International Group Inc. At Colliers, the Malings were executive vice presidents of retail services. Barnes was a senior vice president of investment sales.

“Chris, his brother David, and Patrick are highly regarded real estate industry leaders who have gained considerable recognition in Southern California and throughout the United States for their proven expertise in retail, industrial and office real estate investment sales,” said Christopher Cooper, the principal and managing director of Avison Young’s Southern California region, in a statement.