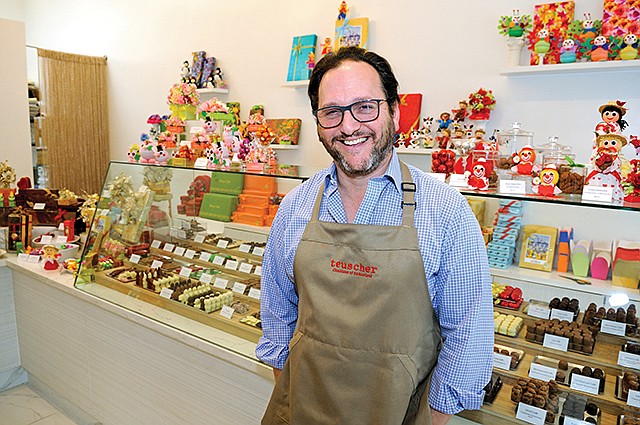 It was Teuscher Tuesday when the Business Journal visited Beverly Hills teuscher-Chocolates of Switzerland, a 35-year community icon that reopened in November in a new location with new owners Tom Gallop and Tara Margolin. Teuscher Tuesday calls for a new promotion each week at the shop, a franchise of 86-year-old Confiserie Teuscher AG in Zurich.

On this Tuesday, visitors could score a free Champagne Pearl, the mini version of Teuscher’s most popular item, the Champagne Truffle. Made from a 75-year-old recipe, Gallop and Margolin said the confections are the only champagne truffles in the world made with Dom Perignon. They sell for $3.30 apiece, $112 a pound, and are flown in fresh from Zurich weekly.

Gallop is best known as an actor whose credits include “The Bourne Ultimatum” (2007) and “The Bourne Supremacy” (2004). While he enjoyed being part of such high-profile Hollywood projects, he said becoming what he jokingly calls a “chocolate facilitator” is the most fun he’s ever had.

There’s a bit of romance to the story of how the pair, who refer to themselves as Tommy and Tara Truffle, ended up as purveyors of old world artisan chocolate. Margolin used to take her children, including daughter Marlee to the original shop for treats. Later, Marlee Margolin got a job at the candy shop.

Marlee became the messenger of bad news: Teuscher was closing in Beverly Hills, and she was out of a job. As Gallop tells it, Tara could not imagine life without champagne truffles. “She looked at me and said: ‘You love me, baby, don’t you? Will you buy me a chocolate shop?’”

Gallop set about researching on the down low, concerned that someone else might swoop in if availability became widely known. He secured a franchise agreement, and he and Tara set about securing a new location and getting it ready for a November opening in time for the all-important holiday season.

Gallop said he and Margolin chose not to reopen the former Teuscher’s cafe and to concentrate on a chocolate boutique.

Gallop said the new, high-ceilinged shop is perhaps lighter and brighter than the old place but added that the Teuscher brand comes with its own signature style that he seeks to maintain. Some of Teuscher’s signature floral decorations are headed his way from Zurich.

But mostly, it’s about recipes, not looks. “I think you’ve got a lot of millennials who like the colorful, Instagrammable chocolates. If it’s photographable, they don’t care whether it’s chocolate or an enchilada,” Gallop said. “I think we’ve got this incredible, old-school Swiss chocolate. They do it so right, and they’ve been doing it for 86 years.” 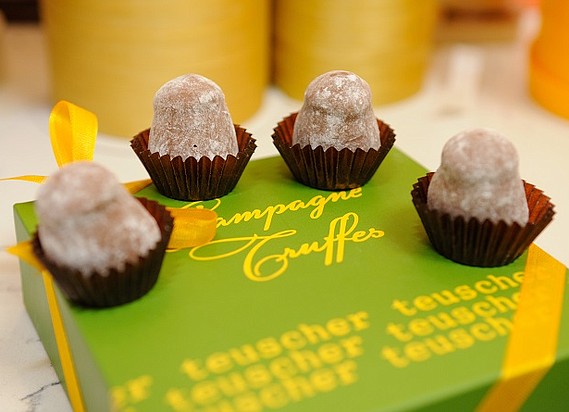 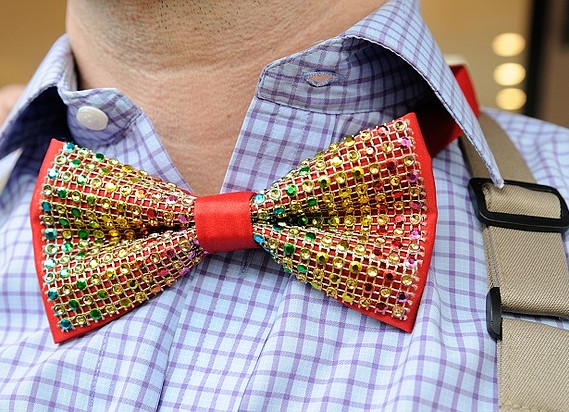 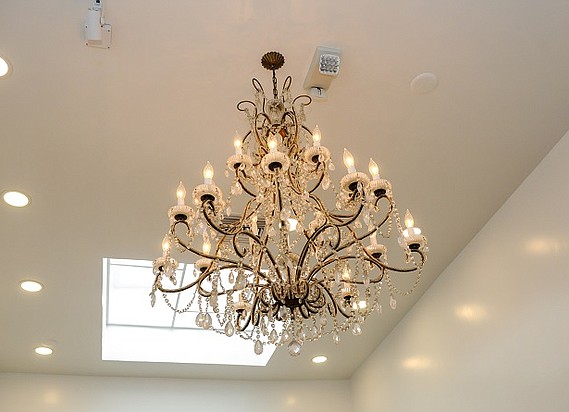 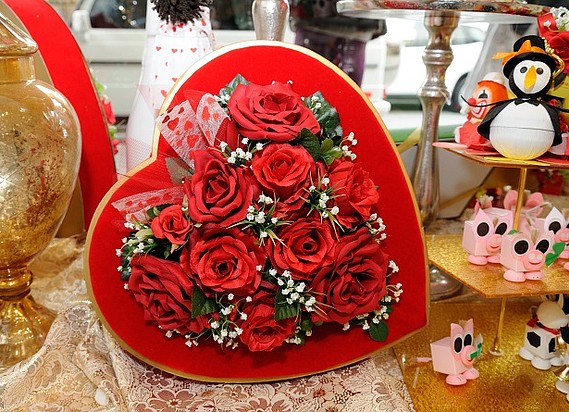 Teuscher plans to be open late on Valentine’s Day for last-minute sweethearts. (photo by Thomas Wasper) 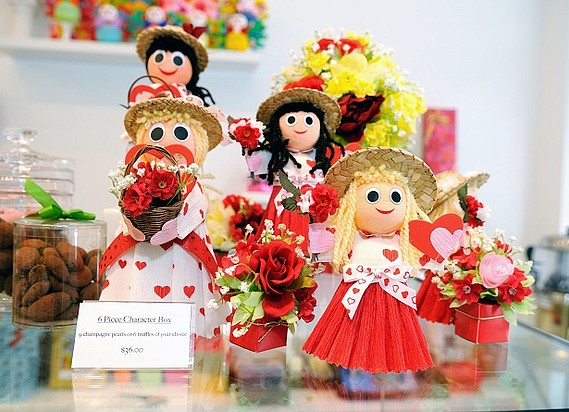 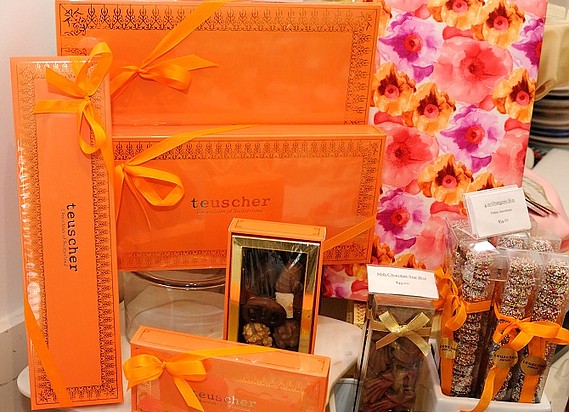 Teuscher went into overdrive when Brad Pitt’s assistant swept in last-minute to grab $5,000 worth of Orangeries assortment boxes for Christmas gifts. (photo by Thomas Wasper) 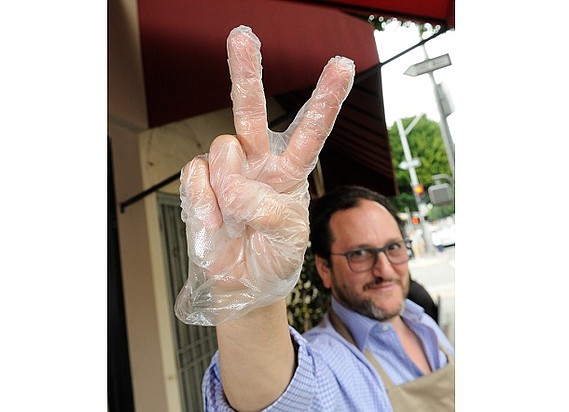 Cleanliness counts in the chocolate biz. (photo by Thomas Wasper) 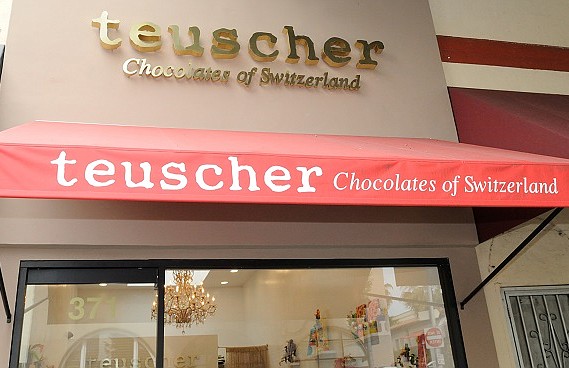 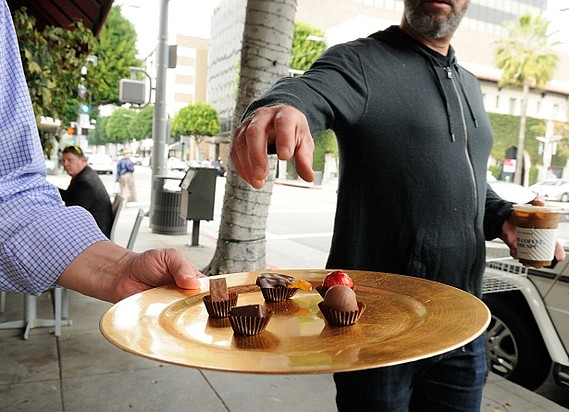 Try One: Gallop is often found outside the shop offering free tastes. (photo by Thomas Wasper)