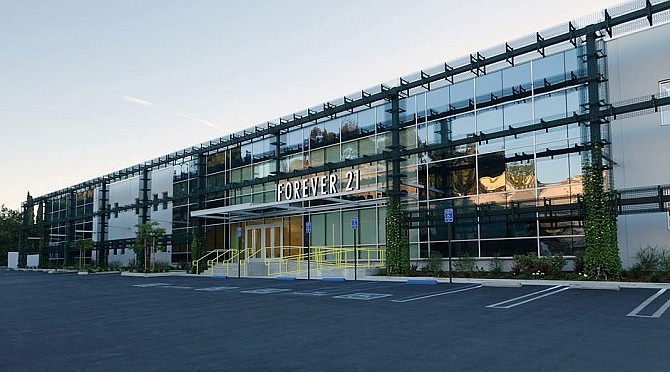 Forever 21 has sold its headquarters building to Blackstone Group, industry sources confirmed. The Lincoln Heights property sold for just under $166 million, according to CoStar data.

Forever 21 did not return requests for comment. It is unclear if the fast fashion retailer will remain in the building.

Forever 21 is a private company founded by Do Won Chang and Jin Sook Chang. The company had roughly $4 billion in revenue in 2017, according to Business Journal estimates. It was the sixth largest private company in L.A. County.