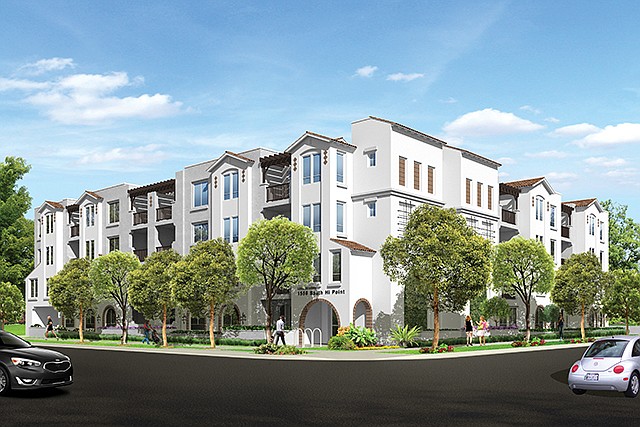 West Hollywood-based Trion Properties acquired the fully permitted and entitled development site for $8.6 million in January. Van Nuys-based Ketter Construction will be part of the property’s ownership and the general contractor. The land was sold by a private seller whose name was not disclosed.

Trion and Ketter will break ground on the project in February, said Max Sharkansky, managing partner at Trion Properties.

“As interest rates and capitalization rates rise, we continue to be bullish on strong locations that are not only profitable in an upmarket, but will remain resilient for the long term, even in a downturn,” Sharkansky said in a statement.

Colliers International Group Inc. named David Josker the company’s president of the southwest region on Jan. 24. Josker will be based in Colliers’ L.A. office.

He will oversee the southwest region, which includes Southern California, Arizona, New Mexico, Utah and Hawaii.

“Attracting a high-caliber brokerage leader like David is more evidence of our commitment to grow and evolve our U.S. business,” said Gil Borok, Colliers chief operating officer, in a statement. “With David leading our Southwest teams, I am confident we will continue to flourish and provide our clients with the best service in the industry.”

Josker was most recently the managing director of the Los Angeles North Region at CBRE Group Inc. Before joining CBRE, Josker was the vice president of operations for Caruso Affiliated Holdings. He also served in the Marine Corps.

“I am delighted to join a world-class organization that emphasizes their entrepreneurial and innovative culture,” Josker said in a statement. “I look forward to spearheading its continued growth in the Southwest and to providing the best possible service to our clients and professionals.”

An office building in Brentwood sold for $13.2 million, according to a Jan. 23 announcement from brokerage Madison Marquette Inc., which represented the seller.

Amir Esmailzadeh purchased the 15,160-square-foot building at 12381 Wilshire Blvd. from an unnamed private equity company. The building has been the headquarters of Adamson Cos. since the 1970s. It has eight other local tenants. Adamson will vacate the building.

Esmailzadeh will upgrade the building’s exterior and common areas.

A family trust paid $3.2 million for another property owned by the same private equity company in Carson. The property, at 20601 to 20605 Annalee Ave., is a manufacturing facility. The building will be vacated in April and undergo renovations.

“With both of these properties, we received multiple offers from local, regional and national investors. 2019 is expected to be another banner year for this market with a significant amount of capital chasing limited supply,” Mattis said in a statement.

CoralTree is a return for Lowe to the hospitality space, which it briefly exited after the December 2018 sale of its Two Roads Hospitality hotel management venture to Hyatt Hotels Corp.

CoralTree Hospitality Group has 3,400 employees. It is led by President Thomas Luersen.