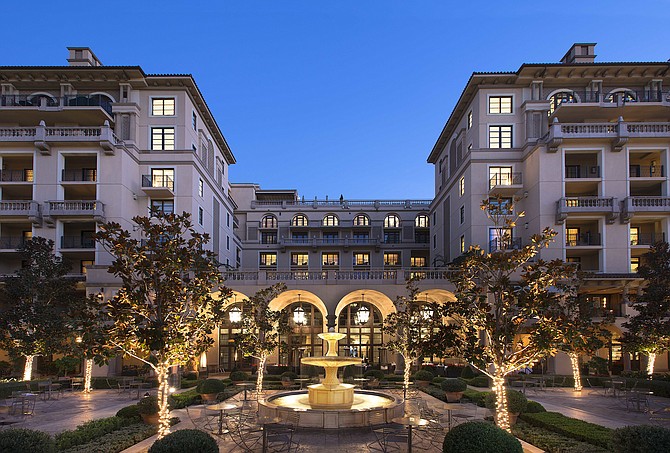 The prestigious Montage Beverly Hills hotel has sold for the estimated price of $415 million to a British hotel company.

Maybourne Hotel Group announced it had purchased the famed property, the company’s first hotel outside of London, but did not provide a purchase price. The seller was Redwood City-based Ohana Real Estate Investors.

Alan Reay, president of Atlas Hospitality Group, said the purchase price for the 201-room Montage was $415 million. That makes it the highest per-room sale price in 2019 and a record per-room price in California.

“It’s Beverly Hills,” Reay said. “It is one of the most desirable areas in the entire United States. (There are) huge barriers to entry (in the market), it is a trophy hotel, and it’s purchased by a company out of London that really only specializes in trophy hotels.”

Maybourne Hotel Group, formerly known as the Savoy Group, operates Claridge’s, The Connaught and The Berkeley in London.

Maybourne will announce plans for changes to the Beverly Hills property this year. In a press release, Maybourne said the acquisition was part of a global expansion strategy.

“We are excited to have our first property outside of London, and where better than the city of Beverly Hills,” Maybourne’s Paddy McKillen said in a statement. “We plan to bring some of the inspiration and creative energy to Montage Beverly Hills that has made our London hotels so successful.”

Reay said he anticipates Maybourne will upgrade the furniture and fixtures but doesn’t “see them doing any major construction work because it is a fantastic hotel.”

There are few trophy hotels on the market in Los Angeles and Orange County, Reay said, except for the Loews Santa Monica Beach Hotel, which Reay said is in escrow.

“It speaks volumes for where we are at in the market in terms of trophy hotel assets,” Reay said. “There is still big demand for these kinds of assets. It speaks volumes to why people are willing to spend this kind of money on one asset to the safety of assets in the United States.”

In the first half of 2019, transactions rose 57% over the previous year, according to Atlas data.

One of the other big hotel sales this year was Ace Hotel Downtown Los Angeles, which sold for $117 million to an undisclosed buyer.

The 182-room hotel, at 929 S. Broadway, sold for $643,000 per room, which Reay said was one of the highest per-room prices paid downtown. It opened in 2014 and is credited with spurring some of the development now seen on Broadway.

Other large hotel sales in L.A. this year were centered around the airport. Hyatt Place Los Angeles/LAX/El Segundo sold for $44.5 million, and Sunstone Hotel Investors Inc. sold a leasehold interest in the Courtyard by Marriott Los Angeles near LAX for $50 million.