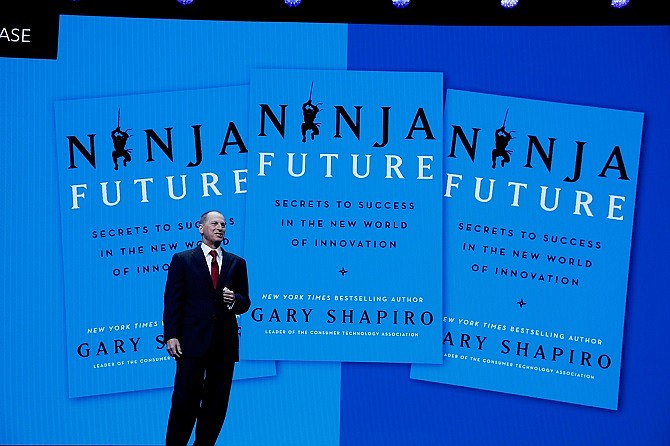 Although it takes place at the Las Vegas Convention Center, the 2020 Consumer Electronics Show is a key event for technology companies and startups based in Los Angeles.

Staged annually by the Arlington, Va.-based Consumer Technology Association, last year’s show drew more than 170,000 exhibitors, spectators and media personnel. This year’s event is expected to pull in more than 175,000 attendees and 4,500 exhibitors.

Several L.A.-based software and hardware makers will be in attendance Jan. 6-10 alongside a growing number of streaming services, electric automakers and tech-related service providers.

“It is an honor to host Meg and Jeffrey, both titans in the technology and entertainment industry, who have joined forces to revolutionize the mobile subscription video streaming industry with the upcoming launch of Quibi,” Consumer Technology Association Chief Executive Gary Shapiro said in a statement.

“Meg and Jeffrey are committed to producing content for their audience that will transform what’s possible in short-form video programming,” Shapiro added.

It appears there are at least eight new products in the pipeline for Amazon.com Inc.-owned Ring. The company has filed eight grants for equipment authorization with the Federal Communications Commission since Oct. 22, including updates to its Chime and Chime Pro network extenders, a stick-up surveillance camera and a smart light bulb. Ring also filed requests for a third-generation video doorbell, which has not yet hit the market.

Ring would not disclose what it will announce this year at CES, but the company has used the conference as a launchpad in the past. Last year it revealed a new line of smart lighting, an updated camera doorbell called the Door View Cam, and a Ring alarm that doubles as a smoke sensor.

Quibi isn’t the only L.A.-based streaming service scheduled to exhibit at the conference. Santa Monica-based Hulu will attend, as will West Hollywood-based Pluto TV.

Hulu will likely spend CES previewing new programming it hopes will entice new viewers and compete with Disney Plus, the newest streaming service that is broadcasting much of Burbank-based Walt Disney Co.’s immense catalog.

Pluto’s free service is supported financially by roughly $50 million in venture funding. It is owned by New York-based Viacom Inc., which bought Pluto for $340 million in January.

South Korean auto manufacturer Hyundai Corp., which has offices in Torrance, is also expected to be present.

Noticeably absent this year is Netflix Inc., which has offices in Hollywood. The company hasn’t attended CES since 2018.

City of Industry-based online electronics retailer Newegg Inc., which brought 60 representatives to the conference in 2019, also opted to sit this year out.

Since it began in New York City in 1967 with 250 exhibitors and roughly 17,000 attendees, CES has grown into an essential event for most technology companies launching or announcing new products.

In 2018, the big reveal was the promise of lightning-fast 5G wireless technology for mobile devices though that has yet to become available to all mobile users nationwide.

The conference is a proving ground with each company that exhibits fighting to outshine the others, both on the show floor and online — last year, about 5,000 CES-related tweets per hour were sent, according to CES. 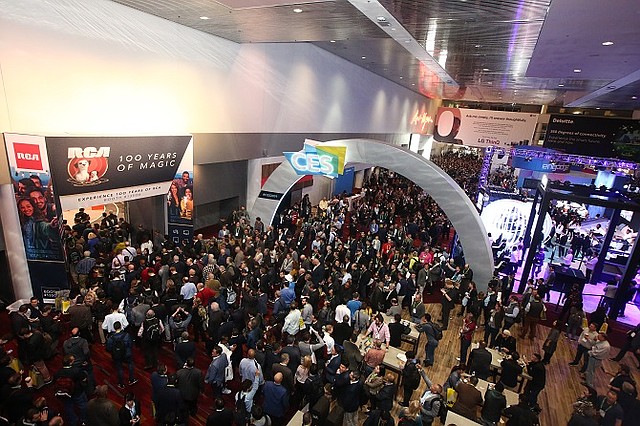 Shapiro said the conference continues to grow even after more than 50 years of existence.

“Thanks to the support of our exhibitors, CES continues to grow exhibit space, expanding to an incredible 2.9 million net square feet in 2019,” Shapiro said in an annual report, adding, “As more businesses embrace technology, we are excited to welcome the next generation of diverse and visionary innovators.”