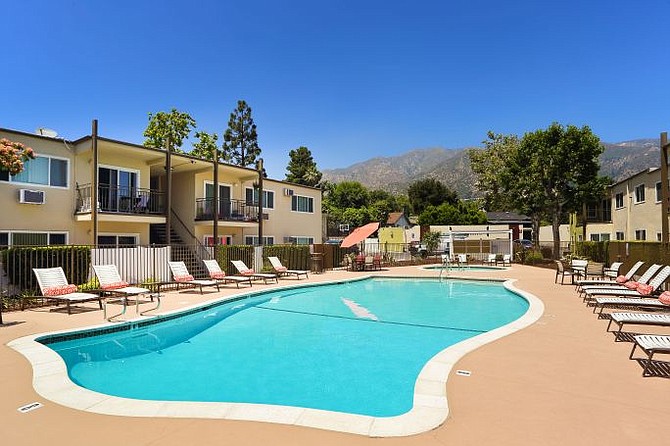 The Summit at La Crescenta.

Raintree Partners has been on a buying tear in L.A. In the last nine months, the Dana Point-based firm has acquired eight assets in the Glendale/La Crescenta area for $114 million, Raintree Partners Managing Director Aaron Hancock said in a statement.

Raintree's latest purchase, at 3250 Fairesta St., is called the Summit at La Crescenta. It has a pool, basketball court and a gated entrance.

The property was 96% leased at time of the sale, according to CoStar Group Inc.

“The Summit at La Crescenta is one of only five buildings greater than 50 units in La Crescenta-Montrose and over the past 20 years, just 44 units have been added as supply is constrained by the lack of available land and the difficulty of aggregating parcels,” Green said in a statement. “As a result, the area is a largely underserved market, as evidenced by the 1% residential vacancy rate.”

The property was built in 1964 on 3.75 acres. Grabiec said in a statement that renovations could “further augment the income stream.”

Raintree’s largest acquisition in the area was a multifamily portfolio of seven properties purchased for $79 million earlier this year.

The properties have a combined 231 units. Each property is 80 units or less.