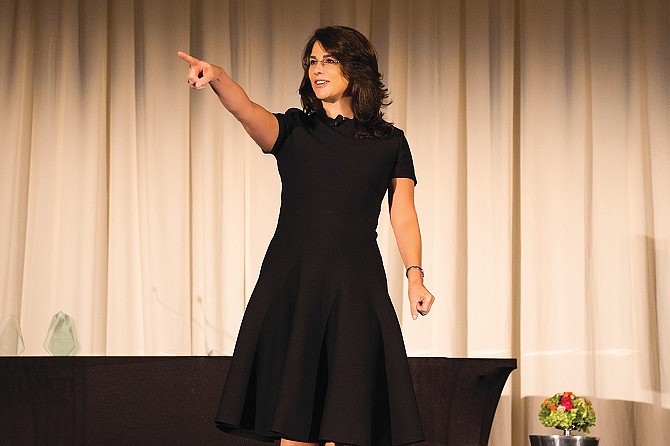 Kelly Coffey didn’t just make a big move this year. She made several of them.

The financial industry veteran left her post as chief executive at JPMorgan Chase & Co.’s U.S. Private Bank — one of the country’s biggest wealth management businesses — while also departing her home in New York.

Of course, she had a good reason for making the changes.

On Feb. 1, Coffey became only the fourth chief executive in the 65-year history of City National Bank, which was acquired by Royal Bank of Canada in 2015. The job, taking the reins at Hollywood’s so-called “bank to the stars,” required a move to Los Angeles.

In addition to succeeding Russell Goldsmith as City National’s CEO, Coffey also joined the senior management committee for RBC’s wealth management arm. And she was added to the business executive committee of RBC’s Intermediate Holding Company in the United States.

The bank Coffey heads has deep roots in the entertainment industry. City National was founded in Beverly Hills in 1954 by a group of entrepreneurs led by Columbia Pictures board member Al Hart, who envisioned a bank tailored to the needs of the entertainment community. It continues that tradition: Under Coffey’s watch this year, City National acquired Studio City-based FilmTrack Inc. to provide the media and entertainment industry with intellectual property rights management services.

City National oversees assets of $80 billion and employs more than 5,200 people as of the fourth quarter 2019. The bank has remained in the black every quarter for more than 25 years.

This year, Coffey ranked No. 2 on American Banker’s list of Women to Watch in banking and finance, and was featured on the Los Angeles Business Journal’s LA500 list of most influential people in L.A.

She is among a handful of women CEOs at large L.A. companies. Beyond her position at the top of L.A.’s banking space, Coffey is board chair of Marymount School of New York and sits on the board of the Central Park Conservancy. She is also a member of the leadership council of U.S.Vets.

Coffey has a bachelor’s in international affairs and French from Lafayette College and a master’s in foreign service from Georgetown University.