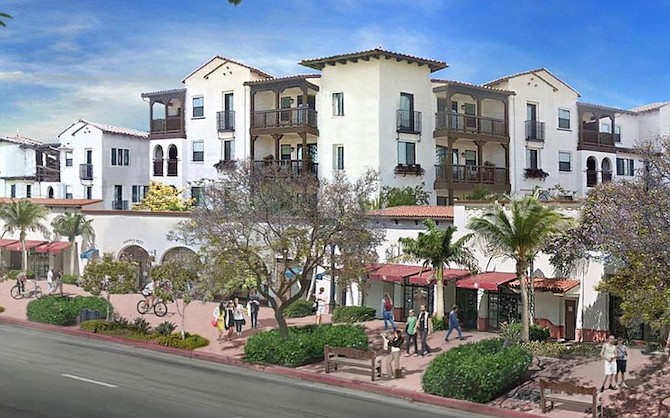 A 115-unit mixed-use apartment development in Redondo Beach has received a 12-year, $75 million loan from a life insurance company.

The construction-to-permanent financing was arranged by George Mitsanas and Amit Tyagi of Gantry, formerly known as Newmark Realty Capital Inc.

The Legado Redondo complex will have 115 units and ground-floor retail at the corner of Pacific Coast Highway and Palos Verdes Boulevard.

“It’s a neighborhood-changing project,” Mitsanas said. “New apartments haven’t been built of this magnitude in decades.”

Mitsanas added that he thought the project would be enticing for many including, empty-nesters.

“This creates a great alternative for older people who want to sell their homes and live closer to the Riviera but not completely leave the area,” he said.

The developer also agreed to refurbish a hotel on the property, the former Palos Verdes Inn.