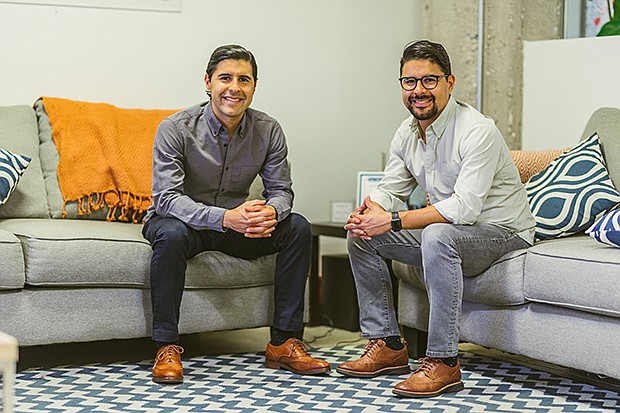 Camino Financial Inc., a downtown-based online lender and fintech company focused on the Latino market, has raised $8 million in a Series A funding round.

The raise was led by Mexican financial services company Crédito Real, which had previously partnered with Camino Financial to deploy a credit facility for U.S.-based Latino businesses.

That facility has since deployed more than $30 million in loans and seen monthly originations grow at rate of more than 400% year over year, according to Camino.

The company says it has now raised a total of almost $14 million in pure equity funding.

According to Camino co-founder and Chief Executive Sean Salas, 65% of his company’s borrowers have less than $5,000 in their bank accounts. Despite this, Salas says, the average loan size is $16,000.

Salas says a deep understanding of their target client base helps his company better price risk. This results in more affordable loans for individuals who may have limited formal financial data.

According to Salas, first-time borrowers at his company typically pay 50% less than they would for other alternatives in the market.

Camino was founded in 2014 by Salas and his twin brother Kenny. The two split their childhoods between Los Angeles and their mother’s native Mexico.

Their mother was a successful entrepreneur with more than 30 Mexican restaurants in the L.A. area, but she gave up her American dream and returned to Mexico after her business folded.

Salas’ company began life as an online brokerage. Although they were able to confirm demand for their Latino-focused digital loan products, the CEO and his brother felt that the loan terms being offered were subpar and often were offered at unreasonable rates.

It took two years before Camino was able to build capacity to begin transitioning from a brokerage to a lender.

In September 2016, the company raised enough through what Salas calls “guerrilla financing” to offer their first direct loan.

“If our model was wrong and people had defaulted, we would have just been out of business,” Salas said.

It took another two years before capital partners such as Crédito Real had enough confidence to team with Camino and allow the company to begin offering loans directly in September 2018.

Salas said the $8 million from the latest funding round will be used to help Camino refine its artificial intelligence capabilities and continue to grow the business.