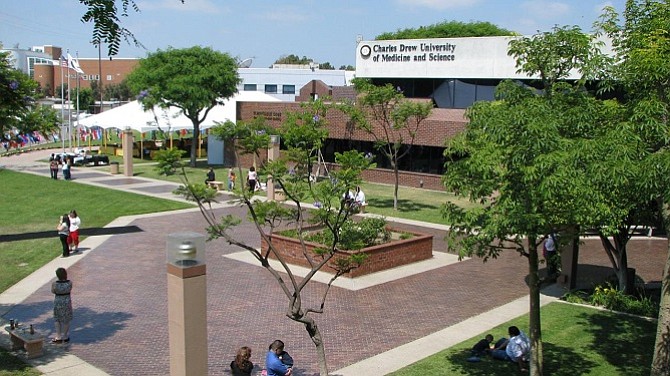 Willowbrook-based Charles Drew University announced Dec. 11 it has received an $800,000 grant from the California Endowment that will help the school develop a new medical degree program and a new medical education building.

The degree program and the building are in the planning stages, with a tentative opening date of fall 2023 and a projected cost exceeding $100 million.

The university recently began raising funds for the program and the building. Earlier this year, Cedars-Sinai announced a $1.2 million grant for Charles Drew University earmarked for a four-year medical school. The California Endowment grant is the second major donation toward this effort.

“We are exceptionally grateful to the California Endowment for their support of our planned medical school and new degree program,” Charles Drew University Chief Executive David Carlisle said in the grant announcement.

“Like CDU, the California Endowment is committed to increasing access to high-quality healthcare, and especially in under-resourced communities," Carlisle added. "We know that one of the best ways to do that is to train new physicians in those communities. This new four-year degree will greatly aid us in doing that.”

The Charles Drew University of Medicine and Science was founded in the Watts-Willowbrook neighborhood in 1966 in the aftermath of the 1965 Watts riots.

The private, non-profit university's mission is to cultivate diverse health professional leaders who are dedicated to social justice and health equity for underserved populations through education, research, clinical service and community engagement.

The California Endowment was established in 1996 as a result of Blue Cross of California’s creation of its for-profit subsidiary, WellPoint Health Networks.

Headquartered downtown, the private statewide health foundation works to expand access to affordable, quality health care to underserved communities and to improve the health of Californians.