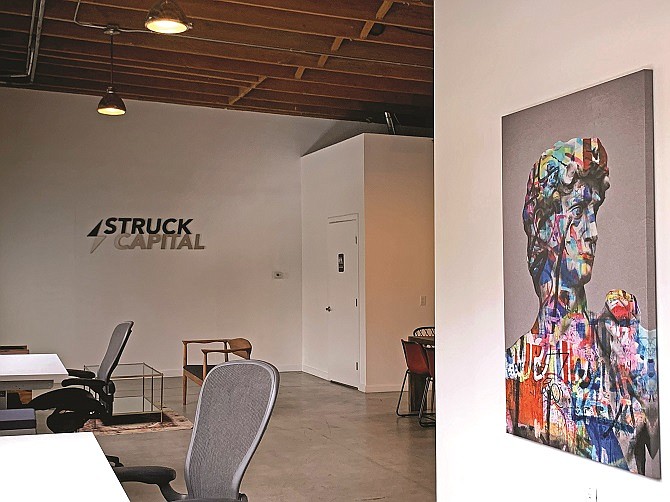 “My thesis from the beginning was to be very bullish and ‘long L.A.,’” said the founder and managing partner at Santa Monica-based venture capital firm Struck Capital.

“I really wanted to establish Struck Capital as one of the premier seed funds in Los Angeles,” he added.

Now Struck, who moved to Los Angeles in 2013, said his firm is ready to begin leading its own rounds of funding and wants to become a bigger player in the city’s venture ecosystem.

While becoming a major player in L.A.’s venture funding scene may have always been the goal, Struck and his firm didn’t get there overnight.

Early in Struck Capital’s lifecycle, in fact, the firm spent some time looking in another direction.

Initially, Struck’s firm would invest small sums in companies and offer to introduce them to larger venture and private equity firms in Silicon Valley.

But he soon realized that his own backyard had a lot to offer.

Between L.A.’s robust startup infrastructure and the plethora of venture capital firms to invest with, Struck began to envision the kind of investment activity and opportunity that could rival Northern California’s more established tech hub.

“I think the dynamics are set up in a way that L.A. can compete pound for pound with Silicon Valley in the next 10 years,” Struck said. 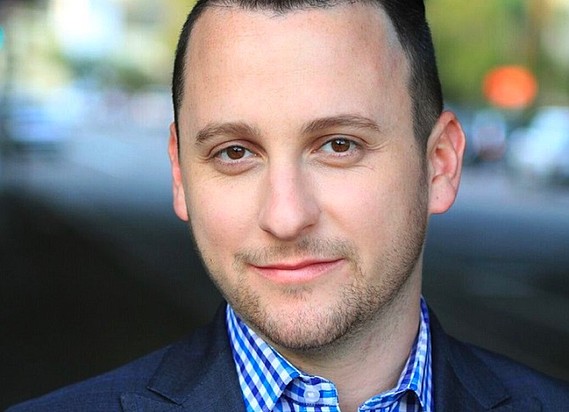 “We’re seeing this hotbed of talent ... more engineers actually graduated from (schools in) L.A. County last year than Silicon Valley, which is a major step (toward) L.A. becoming a dominant ecosystem,” he added.

Before embarking on the VC path and founding Struck Capital in 2015, the South Africa-born Struck teamed up with his brother in a consumer products business.

In 2011, they launched Hicksville, N.Y.-based Long Island Iced Tea Corp., which sold nonalcoholic bottled versions of the drink. They sold the business to Cullen Agricultural Holding Corp. in 2015.

While at Long Island Iced Tea, Struck helped the company get its trademark approved and worked on its IPO; it went public on Nasdaq following the sale. After Struck and his brother departed, the new owners changed the company’s name to Long Blockchain Corp. and shifted to a bitcoin business.

Struck’s experience building the business prompted him to strike out into the VC space with an idea to contribute more than just a check to startup companies.

He wanted to use his consumer products skills and his Georgetown University law degree to provide valuable advice to the emerging companies he chose to support.

“I felt the best way to combine my legal and operational expertise was to work with founders and help them not only establish product market fit, but once they’ve done that, introduce them to the sort of behemoth Silicon Valley-type funds and sort of establish that blueprint and muscle memory for Series A success,” Struck said.

When he formed his VC firm, Struck invested through various special-purpose vehicle ventures.

“I did 18 investments in a 12-month period,” Struck said. “I put 10% of the capital up myself and just ran each investment like a mini-fund.”

Banking on the goodwill he established, Struck decided to expand and raised a first fund of $30 million. The firm then began co-investing in seed-stage startups.

Struck Capital is now in the process of raising a $100 million second fund to invest in seed and early stage startups, and its goal is to move from co-investing to leading funding rounds. The firm is actively investing in companies from the new fund while it attracts cash to complete the raise.

“Our goal is to be a lead-only seed fund and take board seats and to capture at least 12% ownership post-valuation,” Struck said.

Given Struck’s loyalty to Los Angeles, it’s not surprising that many of his portfolio companies are based here.

The firm invests in an array of industries, from lifestyle products and gaming to financial and educational technology. That’s partially because of the diverse startup ecosystem Los Angeles has to offer.

Struck said he thinks of L.A. “generally as a hub that’s industry-agnostic. Old L.A. was all about media and Hollywood, but because we believe there is such a hotbed of engineering talent here, we believe that any company can be built in L.A.,” he said.

One key company in the Struck Capital portfolio is Mythical Games Inc., based in Sherman Oaks. It develops a gaming platform that is set to launch in coming months, and on Nov. 20, the company announced it had raised $19 million.

A good example of Struck Capital’s evolving model can be found in the firm’s backing for Pasadena-based Scratch Financial Inc., doing business as Scratchpay.

Struck was an early investor in the startup, which offers an application that helps pet owners find and finance veterinary care.

The company’s June 2018 Series A raise netted roughly $6.4 million, and on Oct. 30, Struck doubled down and backed Scratchpay again as the company raised a $65 million Series B round of debt and equity funding.

“Struck Capital anchored our seed round and arranged a debt facility for us,” Scratch co-founder and Chief Executive John Keatley said. “I cannot think of anyone else who is more connected or who has added more value for us as a company.”

Scratchpay has raised roughly $74 million since launching in 2016.

“That company is crushing it; they’re in (one out of 10) veterinary facilities in the United States,” Struck said of Scratchpay. “That’s probably the best venture deal to come out of L.A. in quite some time.”

Financial technology similar to what Scratchpay offers is a growing sector, and Struck said he expects it to continue gaining momentum.

“My investment background is strong in vertical (software as a service) and fintech, and we see a lot of deals flow in L.A. from those places, so I think it’s a trend that’s going to be growing over time,” Struck said.