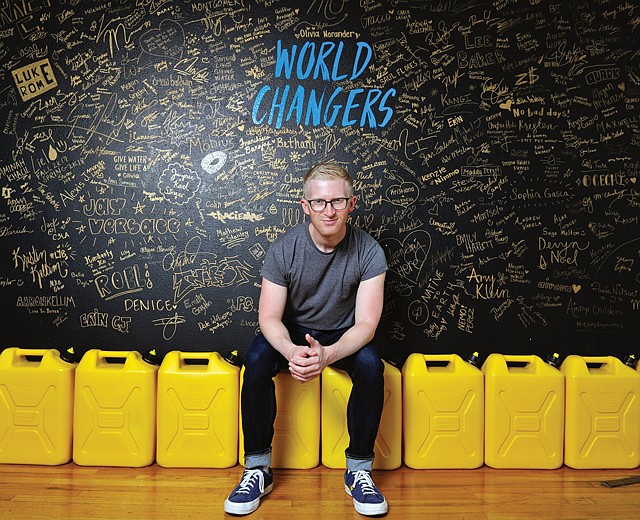 Seth Maxwell, founder and chief executive of Thirst Project, was a student at the American Academy of Dramatic Arts in Hollywood when his intended showbiz career took a radical turn. In 2008, at age 19, he learned about the global water crisis from a photojournalist friend.

“I sort of couldn’t not do something about it,” Maxwell said during a recent Business Journal visit to the nonprofit’s Mid-Wilshire offices.

Maxwell and a group of like-minded friends pooled their limited funds to purchase and hand out bottled water on Hollywood Boulevard. When passers-by would stop, Maxwell took the opportunity to lay out a few facts about the water crisis.

More than 1 billion people worldwide don’t have access to clean water. Contaminated water is the No. 1 killer of children worldwide. And in developing countries, women and children forgo school time and risk exhaustion as they spend hours fetching water that is often contaminated.

Maxwell said that information prompted many people to give back the water they’d just been offered — and some began asking if they could donate to help the cause. Maxwell and his friends decided to create an official organization, and Thirst Project was born.

The group raised $12,000 in the first month by taking their message to schools. Since then, Thirst Project reports it has raised more than $8 million and provided more than 280,000 people with fresh water through wells and other purification projects.

At age 31, Maxwell said he believes his personal style should represent the youth movement Thirst Project has created.

“We are a youth organization, so there’s no reason for me to show up for work every day in a suit and a tie. That’s just not what we do,” he said.

“We may not take our dress super seriously, but we take the water crisis very seriously.”