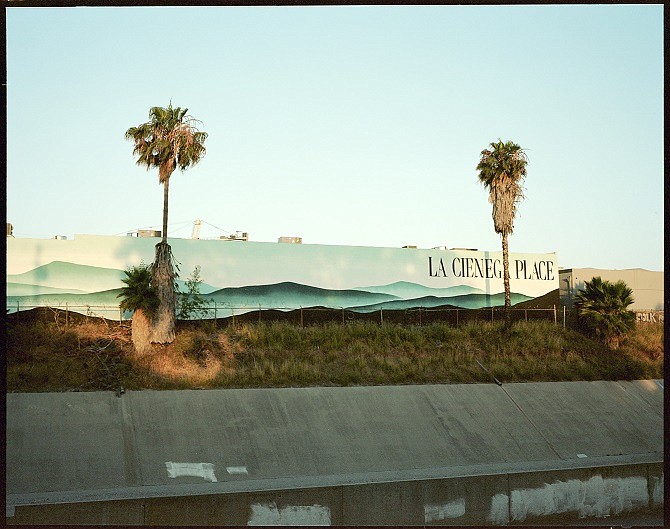 The latest addition to the booming Westside is the first completed project from Bow West Capital.

The former industrial building, at 3309-3323 La Cienega Place, now houses seven office suites ranging in size from 3,000 to 6,000 square feet. All have patios and glass roll-up doors. The site also has a 300-foot-long, 30-foot-high mural by Robert Harkness.

“We felt that the building wasn’t the highest and best use,” said Bow West Capital founder and President Sean Beddoe.

Architect Thomas Rule redesigned the space. GHBW was the contractor for the project.

The building’s tenants have not yet been announced.

Bow West Capital’s other major undertaking is a 60,000-square-foot adaptive reuse project at 718 S. Hill St. The property, which will exclusively house tenants in the cannabis industry, will have creative office space, a restaurant and an art gallery.

Bow West Capital isn’t the only group betting big on industrial-to-creative office conversions. Brokers say developers and companies, particularly in the startup and creative industries, are increasingly seeking these kinds of properties, which are often less expensive than traditional office spaces and can command high rents once converted. These spaces typically have large floor plans and high ceilings — design trends popular among many companies now.

La Cienega Place is near the Cumulus, a huge development in West Adams with more than 1,200 apartments and 100,000 square feet of retail space.

The area is benefitting from its proximity to downtown, Culver City and the Expo Line, as well as the upcoming Crenshaw Line.

“We saw what was happening along the Metro Line, in Culver City along the Hayden Tract and with the Cumulus, and we thought it was a great time,” Beddoe said of the decision to develop in the area.

He said the company’s next projects will be remarkably different, however.

“We’re going to be shifting focus a bit and doing some ground-up housing and putting our creative spin on that market,” he said.