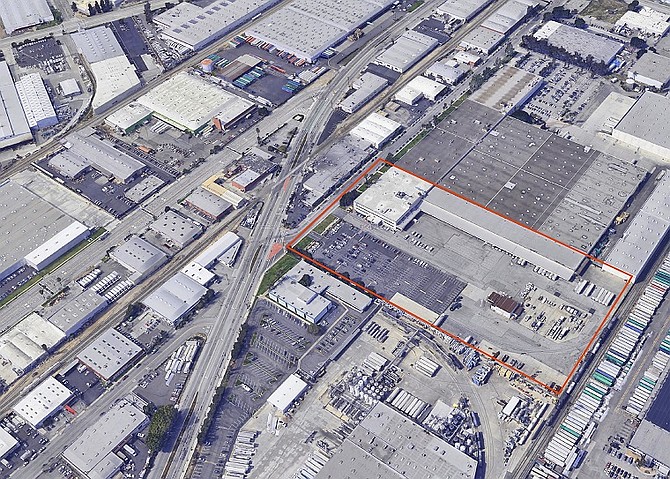 The property has an 85,000-square-foot industrial facility.

“This was an extremely rare, off-market opportunity for us, and we jumped on it,” said Darren Kenney, a vice president and investment officer at Prologis.

He said the company was interested in the property due to its location near dense populations, terminal transportation facilities and its easy access to downtown and the South Bay.

The group was also attracted to the site because of the low vacancy rates in the Commerce submarket — a densely developed part of the county along the I-5 freeway with easy access to downtown and the ports of L.A. and Long Beach.

Reno said investors are interested in real estate that serves the growing ecommerce sector. “Properties like this very rarely come to the market and when they do, they’re very desirable.”

The property is at 2420 Yates Ave. In addition to industrial space, it also has office space.

AT&T has leased back the property. Kenney said the property would appeal to a wide variety of tenants in the future and was a long-term investment for the company.

L.A.’s industrial market is incredibly tight. In the second quarter of the year, the vacancy rate was a mere 1.9%, according to data from Jones Lang LaSalle Inc. During the quarter, roughly 11.8 million square feet sold or leased.