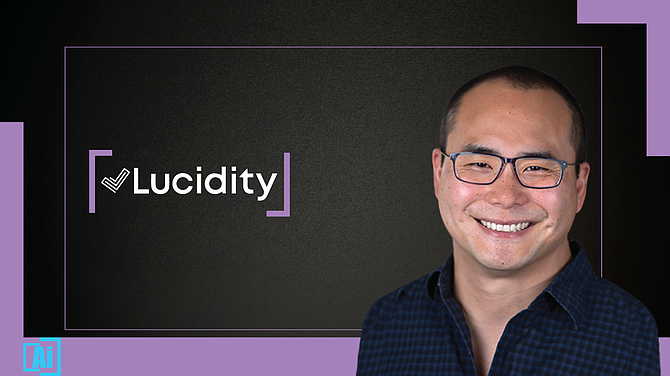 Marina del Rey-based advertising technology outfit Lucidity (whose legal name is KR8OS Inc.) said Aug. 13 it raised a $5 million Series A round of funding that it plans to put toward engineering, product development and hiring customer support staff.

The company develops and sells its Layer 2 technology, which uses blockchain to verify and track online ads and monitor privacy requirements. Its clients include GameStop Corp., the Richards Group Inc. and Viamedia Inc.

Lucidity has raised $10 million since its 2017 launch. Part of the latest financing came from promissory notes that converted with this round of funding, a spokesperson for the company said. The company didn't name the investors who participated in the latest funding round.

Chief Executive Sam Kim said in an email, “We are pleased to see continued enthusiasm around what we’ve built for the digital advertising industry,” and added that Lucidity is “poised for growth and deeper partnerships with brands, agencies, and advertising technology companies,” though he declined to provide specifics.

CORRECTION: An earlier version of this story misstated the company's legal name. KR8OS Inc. does business as Lucidity.