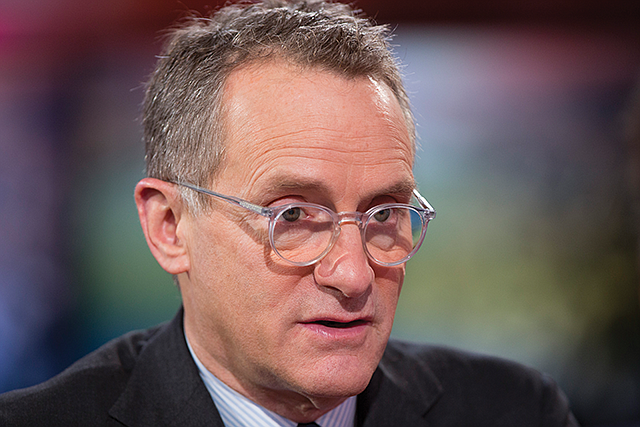 The private equity and alternative asset management landscape in Los Angeles has seen major changes in the last year.

There was a shakeup atop the Business Journal’s annual list of private equity firms as well, with Ares dropping to No. 3 on the list after holding the top spot since 2014. Leonard Green & Partners and Kayne Anderson Capital Advisors saw their assets under management jump enough to claim the No. 1 and No. 2 spots on the list, respectively.

The rankings shuffle came after Ares changed its corporate status from a partnership to a so-called “C-Corp.” — an apparent attempt to boost the firm’s share price and make Ares more attractive to a broader set of investors.

For Ares, the corporate structure shift came in direct response to new provisions in the tax code implemented as part of the Trump administration’s 2017 overhaul, which lowered corporate tax rates to 21 percent from 35 percent.

Ares declined to comment for this story. But on a Feb. 14 conference call for Ares’ first quarter financial results, Michael Arougheti, Ares co-founder, chief executive and president, said the C-Corp changes were designed to “increase the liquidity” of the stock and bring in a “universe of potential buyers” of the stock.

The results have been mixed for Ares — at least as far as its stock price goes. The firm’s share price has seesawed in the interim, with a huge dip toward the end of 2018 followed by a sharp rise in 2019. Ares stock closed at $23.63 April 4, up more than 37 percent on the year.

Ares’ corporate moves have been overshadowed in the past month by news that Oaktree Capital, which placed No. 5 on the Business Journal’s list of private equity firms this year, would sell a 62 percent company stake — valued at $4.7 billion — to Brookfield.

The move has prompted some speculation from analysts that there could be further consolidation in the industry although not everyone agreed.

“It’s not my anticipation that this will trigger widespread M&A activity,” said Gerald O’Hara, a financial analyst with Jefferies & Co. in San Francisco.

While there was a modest uptick in private equity and alternative asset manager stocks following the announcement, O’Hara said that had more to do with a valuation problem in the sector. “The group is trading well below premium,” he said.

Michael Cyprys, analyst with Morgan Stanley in New York, noted that the Oaktree-Brookfield deal could improve “investor perceptions of strategic value across the sector, but not without some debate.”

He wrote in a research note that “strategic partnerships” like Oaktree-Brookfield offer an alternative to converting to a C-Corp as a means of providing a more certain liquidity path for “aging founders” — an apparent reference to 72-year-old Oaktree founder Howard Marks.

The Oaktree-Brookfield deal and the Ares restructuring are different means to a similar end: growth.

“This is a very cyclical business,” said Stephen Moyer, a lecturer in finance and business economics with the USC’s Marshall School of Business. “It’s very hard to continue growing,” he said.

“There is a trend to consolidate,” Moyer said. “It’s driven by the fact that these public companies, like Ares, Blackstone, Carlyle, Apollo and KKR, need to continue to grow. So they will to do it organically or buy.”

An Apollo spokesman provided a transcript of a Dec. 5, 2018, conference call at a Goldman Sachs conference where Leon Black, Apollo’s chief executive, chairman and founder said his company is mulling the C-Corp conversion but is taking a wait-and-see approach.

“I think C-Corp is a very important issue,” Black said at the conference. “It’s one we take extremely seriously. Frankly, I would love to have a shareholder base which included a lot more long-only investors. I would love to get on an index. I’m the biggest shareholder in Apollo. Of course, I would like those things. The question is at what cost?”

Black said his company is closely watching how Ares and KKR are performing as publicly traded corporations. “Hopefully, over a period of a year, you should have some feeling as to what could be sustainable or not, and then we’ll make a decision,” he said.