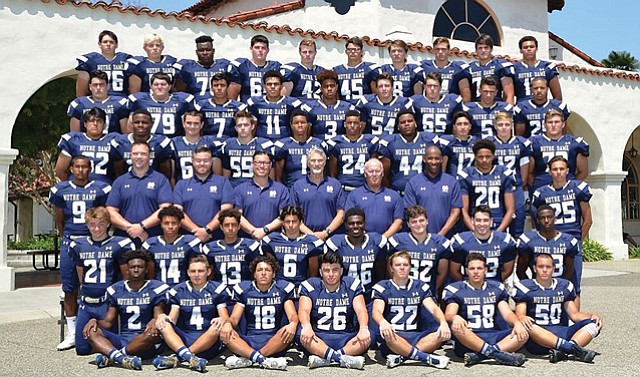 Notre Dame Sherman Oaks: One of 20 or so high schools in L.A. area to use Pixellot system.

Shamrock Capital Advisors led a $30 million investment round in artificial intelligence and sports video production firm Pixellot, providing the Westwood-based investor a front-row seat on what could be a whole new ballgame for high school sports.

Tel Aviv, Israel-based Pixellot, which was founded in 2013, said the investment gives it $40 million in total funding. Both existing and new venture capital investors participated in the round, including Israel-based Firsttime Ventures and its subsidiary TheTime.

The company said in a statement that it “has sold more than 2,500 systems worldwide and produces more than 20,000 hours of sports content every month.”

Shamrock Capital partner Alan Resnikoff said in a statement that the firm felt it could help Pixellot expand further.

“Pixellot’s unparalleled technology is not only compelling for broadcasters but is also already being utilized by 1,000 U.S. high schools and youth sports organizations as a new revenue stream and a value-added service for their parents and players,” he said. “We are excited to partner with Pixellot’s top-notch executive team to support their continued growth,” Resnikoff added.

This deal marks Shamrock’s first prominent investment in AI technology, according to a Shamrock spokeswoman Jaimee Pavia. Shamrock was No. 20 on the Business Journal’s 2018 list of largest private equity firms in Los Angeles with $1.9 billion in assets under management.

Yellow is billed as a “launchpad for creative minds and entrepreneurs who are looking to build the next generation of great media companies.” It plans to incubate nine companies over three weeks at its headquarters in Venice. $150,000 will be awarded to each startup at the program’s conclusion, though the accelerator website notes funding “may change depending on the project and other exceptional cases.”

Khan’s departure is the latest in a string of high profile exits: Vice President of Product Tom Conrad left the in January; Vice President of Sales Jeff Lucas left February; and the head Snap’s Spectacles camera eyeglass product Mark Randall left the company July 24. In March, the company laid off nearly 120 engineers. Snap called the shifts typical of a startup seeking its stride.

Khan’s reported accomplishments during his four years at Snap included expanding operations to a total 3,000 people in 13 countries and helping to secure $200 million in Snap investments from Chinese internet conglomerate Alibaba Group Holdings.