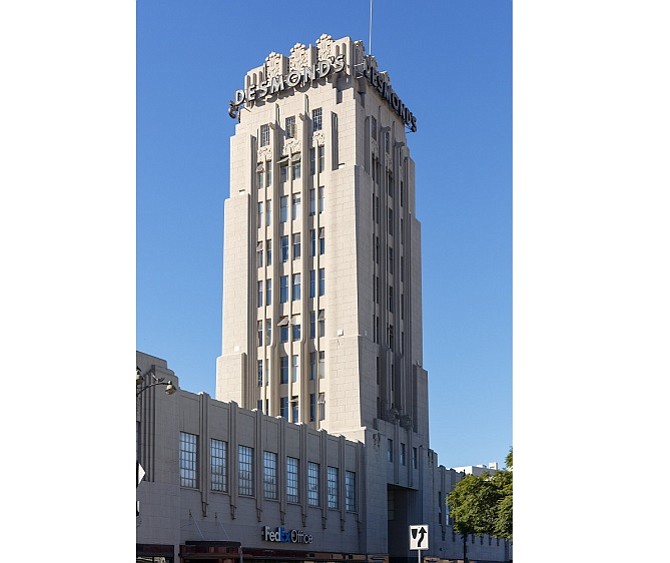 The Desmond (photo courtesy of CIM)

The building, which spans a block between South Burnside and South Dunsmuir avenues, was originally built in 1928 for the upscale Desmond’s and Silverwoods department stores. Desmond’s was the first major clothing retailer on the Miracle Mile when it opened in 1929, with the upper floors of the tower occupied by doctors and professionals.

Prominent architect Gilbert Stanley Underwood designed the Desmond, which was designated more than three decades ago as a historic-cultural monument. It was renovated in 1990, and preserves the striking architecture, terrazzo floors, ornate stone lobby, handcrafted gold-painted leaf ceilings, operable windows, and rooftop sky deck. It is located four blocks from the La Brea/Wilshire station of Metro’s new Purple Line subway scheduled to be completed in 2023.