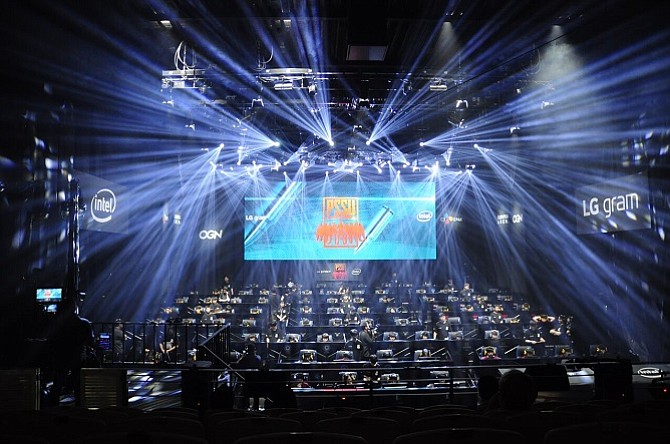 A past OGN e-sports competition 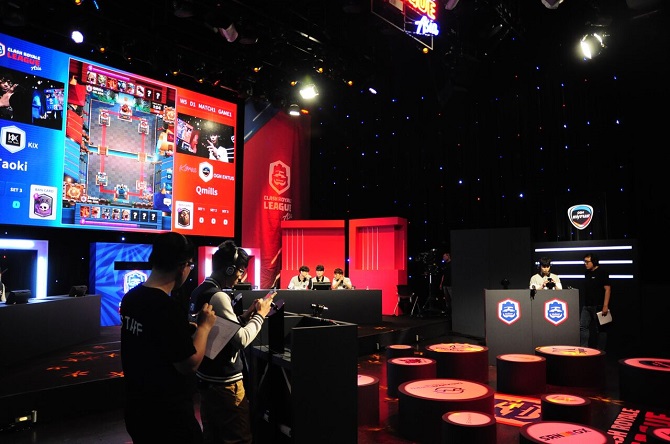 The site is the former Manhattan Beach Studios Inc. location, where OGN will "build out three floors into the modular arena and stage," in addition to a sound stage on the ground floor, stages on the second floor and office space. according to a spokesman for OGN.

OGN has a long-term lease on the space; roughly 10 years, according to a spokesman.

For the first time in Southern California, the e-sports arena will have the capacity to host completely live battle royale events, with each player sitting in the arena instead of broadcast via a live stream. In addition to the 100 seats for players (which are optional and can be switched for smaller matches), the arena is expected to hold 500 audience seats.

E-sports will generate $1.5 billion in revenue by 2020, according to financial auditing firm Deloitte and through investing roughly $100 million to construct the venue and host the inaugural events, OGN is trying to capitalize on that market, a spokesman said. The first National PubG League season is expected to commence January 2019, with teams competing for a prize pool of $1 million. In addition to the National PubG League, OGN plans to broadcast its OGN Super League and OGN Super Match competitions from the Manhattan Beach arena, featuring a rotation of popular gaming titles.

OGN was launched as a as a subsidiary of South Korean entertainment giant CJ E&M Corp. in 2000 and has produced over 500 league events in more than 250 countries since. The company reported in a statement that its e-sports and gaming content gather roughly 200 million live stream views per year, and that it creates upwards of 3,000 hours of e-sports content annually.

The North American arm of CJ E&M, CJ E&M America Inc., will oversee this project under guidance from its Chief Executive DJ Lee.

“The moment is right to bring our experience in e-sports to North America and present a business model that we see as win-win for everyone – from game publishers to brands,” Lee said, adding that “bringing the OGN playbook to this rapidly growing e-sports market will provide a robust opportunity to connect and engage with the next generations of gamers and fans.”